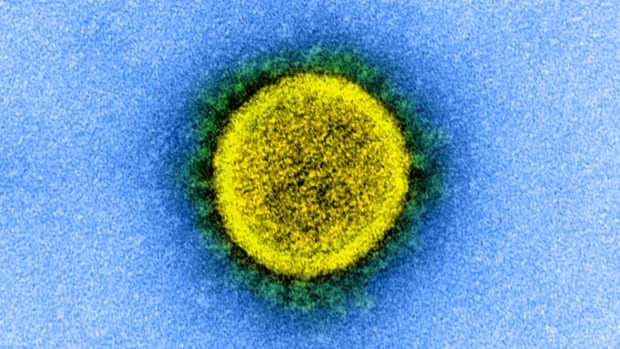 By this point in the pandemic, you’ve likely had COVID-19 at least once. Maybe twice. Perhaps even three times, as some unfortunate Canadians have experienced, all while this virus evolved to become increasingly savvy at infecting us.

It’s clear that reinfections from this coronavirus are the norm, much like with those behind the common cold. Unfortunately, that also means early speculation about one-and-done bouts of COVID-19 offering immunity against future infections has long gone out the window.

What’s more hazy is just how often you can get infected with SARS-CoV-2 and whether future infections will always be milder than the first, as the virus finds a way into our bodies over and over again.

Reassuringly, scientists say that for most healthy adults — including those with extra protection from vaccination — COVID-19 infections should get easier to deal with as your immune system gains repeat training on how to handle this particular pathogen.

“Your first infection with COVID is probably — not invariably but probably — going to be the worst,” said infectious diseases specialist Dr. Allison McGeer, a professor at the University of Toronto’s Dalla Lana School of Public Health.

“And then as you get more and more exposed to it, you get better and better protections.”

After months or even years of avoiding the virus entirely, it might come as a surprise that COVID-19 can hit you more than once.

Early in the pandemic, some scientists spouted hopes around herd immunity — that if enough people caught COVID-19 or were vaccinated against it, collective immunity against infection would reach a threshold where the virus wouldn’t be able to find new human hosts.

Unfortunately, that’s not easy with a coronavirus.

First identified in humans in the 1960s, viruses in this family have likely been striking us repeatedly for centuries. SARS-CoV-2 is just the newest kid on the block.

“Four of those other family members cause about 30 per cent of our common colds, and they reinfect us routinely,” said Dr. Amesh Adalja, a senior scholar at the Johns Hopkins Center for Health Security in Baltimore.

“We’ve all had multiple bouts of other coronavirus infections, and that’s where this virus was always headed. So reinfections are not something to be surprised about.”

They were rare, though, throughout the early part of the pandemic. SARS-CoV-2 is hitting people again and again at this point, two-and-a-half years in, partly because we’re giving it the chance.

“This would have been happening much more frequently had we not all been staying at home and keeping our distance,” McGeer said. “It’s not that the virus is doing anything different than the virus would have done before; it’s that we’re behaving differently.”

Layer in ever-more-contagious variants that are capable of dodging the front-line soldiers of our immune systems, and you’ve got a recipe for reinfections on a more regular basis. What’s unclear is just how often this virus will strike.

Four long-studied seasonal human coronaviruses seem capable of reinfecting people every 12 months, according to research published in Nature Medicine that involved scientists tracking a group of healthy adults for more than 35 years.

But unlike that seasonal pattern, SARS-CoV-2 remains erratic — more of a constant roller-coaster than one big surge and drop in any given year.

In Canada and multiple other countries, a seventh wave is now underway, fuelled by yet another immune-evasive Omicron subvariant, BA.5. It’s happening in the summer months — well before the typical cold and flu season — and not long after earlier waves driven by other members of the Omicron family tree.

McGeer, like many close COVID watchers, still isn’t sure what path this virus will take in the long term.

“Are we probably going to settle into winter activity? Yes, eventually, but maybe not for another year or two,” she said. “Is it for sure that we’re going to? Nope.”

Reinfections usually not worse than the first

What several experts who spoke to CBC News are more certain about is that subsequent COVID-19 infections should feel milder than the first. That doesn’t mean a walk in the park, necessarily, but at least not as rough as your body’s first encounter with this virus.

“From all the literature I’ve seen, when reinfections do happen with increasing frequency, they’re not usually worse,” said Angela Rasmussen, a virologist with the University of Saskatchewan’s Vaccine and Infectious Disease Organization in Saskatoon. “And that’s exactly what you’d expect, because that’s how the immune system works.”

There are a couple of ways to train your immune system to fight off this virus faster and smarter. One is being exposed to SARS-CoV-2 directly, which comes with all the potential health consequences of an infection.

The other is getting vaccinated, allowing your body to learn about this particular pathogen without facing those risks. (Consider that option like a martial arts lesson, rather than scrapping it out in a surprise fist fight.)

If you’re vaccinated and catch COVID-19, the virus might still get by your immune system’s first line of defence — your neutralizing antibodies — and sneak into your cells, Rasmussen said.

“Immediately your memory T-cells from your vaccination are going to say, ‘Whoa, I’ve seen that guy before; time to go out and start killing these cells that are infected with it,'” she explained.

In other words, a well-trained immune system can’t prevent infection, but it can often rapidly control it. That means an invader that might have once wreaked havoc simply doesn’t get that chance.

So far, that’s been the experience for Erin Wilson, a fitness teacher and actor in Halifax, who recently caught COVID-19 again after first getting infected last December. (She’s also vaccinated.)

The first round left her exhausted and in bed for days, “completely incapacitated.” Her next bout wasn’t pleasant — and several days in, she was still battling chest congestion, a cough, and fatigue — but she did notice it was a little easier.

“The second time around did not knock me out as much,” Wilson said.

Not every reinfection will be ‘benign’

So, if you’ve already gotten through COVID-19 at least once before, should you throw caution to the wind and catch it again and again? Not exactly.

The virus doesn’t treat everyone equally, stressed Adalja, from Johns Hopkins. “What we’re learning is that not every second infection or third infection is going to be benign — and that’s particularly going to be true when you’re dealing with higher-risk populations.”

One study focusing on U.S. veterans — who are mostly older men — found reinfections in that group appeared to come with a higher risk of death or hospitalization.

The paper, which hasn’t yet been peer-reviewed, made headlines in recent weeks. But several experts, including Adalja, cautioned against reading too much into its early findings, which may not apply to the general population.

However, while repeat infections should feel milder for most healthy individuals, he said it’s important to keep in mind your shifting risk factors for severe disease.

“Maybe there’s somebody who gained a lot of weight and became obese, or developed diabetes in the ensuing time, or developed some other condition that puts them at higher risk,” Adalja said. “Maybe they become immunocompromised — all of that’s going to play a factor.”

In the elderly or in people who are immunosuppressed, medical professionals expect to see a range of poorer outcomes tied to severe reinfections, said Dr. Sameer Elsayed, a professor at Western University in London, Ont., and a consultant on infectious diseases, internal medicine and medical microbiology at the London Health Sciences Centre and St. Joseph’s Health Care London.

That could include lung damage directly caused by the virus, he said, all the way to issues such as the aggravation of “long COVID” symptoms from a prior infection or serious secondary infections from bacteria or fungi — particularly in those individuals who require admission to an intensive care unit.

“This latter example is also similar to asthmatics who may require repeated hospitalizations for something that is seemingly as simple as a common cold,” Elsayed said. “These repeated infections cause lung damage and may potentially lead to premature death depending on their severity, but we don’t see this with otherwise healthy people who keep getting common colds year after year.”

So as we all face the possibility of repeat COVID-19 infections through our lifetimes, your personal risk of serious illness could change over time — and the burden of reinfections from this ever-evolving virus won’t be felt equally.