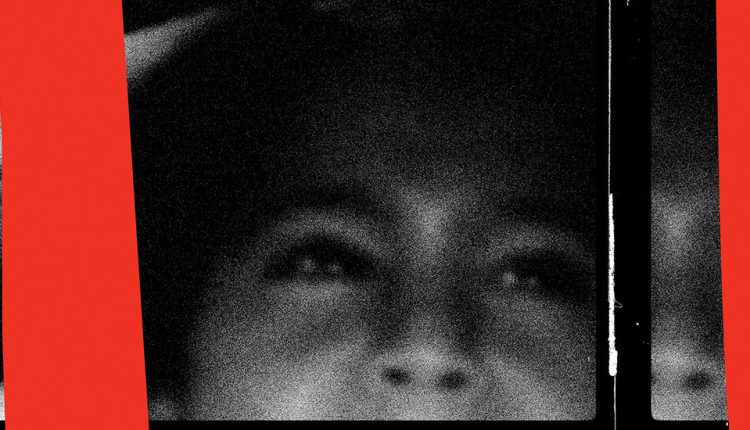 She grew up in a “difficult home,” as she put it. Her parents met as art students in Odessa, Ukraine. When Kravchenko was 3 and her sister 5, they lost both their grandfather and father to murder in a few short months. Their grandfather, a high-ranking commander in the Soviet military, was temperamental and belligerent and possibly mentally ill, Kravchenko said. He was killed when an assailant strangled him and torched his house. Ola’s mother, Tania, was suspected in the arson and spent almost a year in Soviet detention. (According to Tania, his body was exhumed, and new evidence cleared her of the murder.) Shortly after, Ola’s father’s body was found, hanging from a tree in a forest. He had been a penniless artist in St. Petersburg, “extraordinarily talented” and “hypersensitive,” according to Tania. No one knows how he died, though friends of his later told her that they had seen two men chasing him in the woods. Ola’s family moved in with Tania’s mother. Four years later, they immigrated to Israel, settling in Katzrin.

Kravchenko found it hard to fit in. She worked on shedding her accent and avoided the children of other Russian or Ukrainian immigrants, who make up about a third of Katzrin’s population. She often wandered out of class, disappearing into nature. The school repeatedly called her mother to come find her. She distinctly recalls the first time she heard voices. She was 17 and driving home with her mother. “She started saying all these unpleasant things about me: that she didn’t want to drive me home, that she was tired of taking care of me, that I was always nagging.” But when Kravchenko looked over at her mother, “her mouth wasn’t moving.” Soon the voices became numerous and frequent, disguised as the voices of people Kravchenko knew well. “They were always critical of me, always nasty,” she said. “There was no telling them apart from real voices.”

Around the same time, Kravchenko’s mother suggested she try meditation, and she started attending classes led by a charismatic Chilean-born guru named David Har-Zion. Kravchenko fell under his spell. After several months, she moved in with a group of his followers. She slept on a yoga mat with dozens of people in a large hall. Members were forbidden to form relationships with the outside world and were required to surrender their personal possessions to the group. For three years, she lived in “virtual enslavement,” she said. Har-Zion later fled the country, and Kravchenko found herself all at once unmoored and alone. “I had no life skills whatsoever,” she said.

When she was 20, she met Habany on the streets of Tel Aviv. She was raising donations for Har-Zion’s group at a local market, and he helped his father run a clothing stall there. They began to take long walks on the beach together, smoking marijuana and talking about their pasts. He was 19, bookish and opinionated, and he impressed her with his knowledge of Hebrew literature. He confided in her that at 17 he was committed at a psychiatric institution outside Tel Aviv. (The court later indicated that this was for conduct disorder.) Rather than alarm her, this “only pulled me closer,” she told me. Within six months, she moved in with him. “I was totally his,” she said.

There had been warning signs, but Kravchenko chose to ignore them. “The sex was violent, but I was drawn to it.” By 2005, Kravchenko felt increasingly isolated. Returning home from work one evening, she started talking with a group of young people who frequented a public square. They offered her vodka. The next thing she recalls, she woke up naked in her apartment, her body aching, with Habany screaming at her: “What is this? What did you do?” Kravchenko doesn’t know the person who raped her or remember much about that evening — “I have flashes of the guy,” she told me — but when Habany saw her, he kicked her in the head and stomach, dragged her into the bathtub and urinated on her. Habany later told investigators that he “peed on her,” because he “felt like it.” An investigator drilled into this: “Your partner, your lover … was raped according to you by another man, and you peed on her?” Habany told him, “It’s my personal business — not yours.”

After that night, Kravchenko said, Habany became obsessed with her whereabouts. He didn’t allow her to socialize or go out without him to any place except work. “I didn’t realize that I was being abused,” she told me. “I still wanted to marry him, have children with him.” In 2006, they ran out of money to pay rent and had to move in with Kravchenko’s mother, in Katzrin. Tania was concerned about how Habany treated Kravchenko and tried to warn her daughter. But by then, Kravchenko had lost her sense of self. In a sketchbook from that time, she drew a woman warrior with a sword entering her private parts. “I even bought myself a dog collar,” she said.