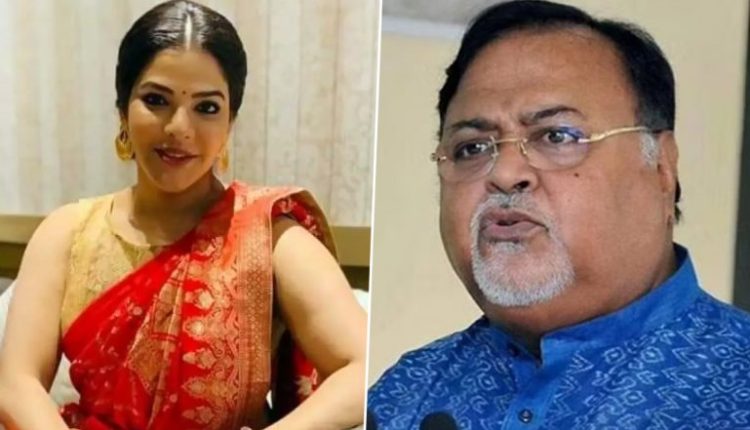 Both will have to be presented at the same court on August 18. West Bengal SSC Scam: ED Brings Partha Chatterjee’s Daughter, Son-in-Law Under Scanner

Chatterjee’s counsel sought to counter the argument of Enforcement Directorate (ED) counsel that bail should not be granted to Chatterjee because of his “influential connections” as a former minister and heavyweight leader of the ruling party, arguing Chatterjee had already been stripped of his ministerial and party portfolios and hence the argument of “influential connections” does not really hold ground.

“My client is even ready to resign as an MLA. He will not abscond under any circumstance. No wealth recovery had been done from his residence and hence, he should be granted bail considering his age as well the different medical complications that he had been suffering,” counsel argued.

He also claimed that the different documents about properties or insurance policies jointly held by Chatterjee and Mukherjee were forged.

However, ED’s counsel argued that throughout his tenure in the central agency custody, Chatterjee had been in a total non-cooperation mood and hence, there is a requirement to question him further. It also sought the permission of the court so that the central agency sleuths can visit the correctional home where Chatterjee will be housed and interrogate him there.

On the other hand, Mukherjee’s counsel did not move any bail plea for his client. Rather, he appealed for a division one category status inmate in the jail where she will be housed since a threat to her life in the prisons is apprehended.

Even the ED counsel said the central agency too has similar information. “My plea to the court is that the food and liquid that will be served to Arpita Mukherjee in the prisons should be examined first and then served,” the ED counsel argued.

After hearing all the parties concerned, the special court rejected Chatterjee’s bail application and ordered 14 days judicial custody for the duo.

Trinamool Congress’s state General Secretary and party spokesman, Kunal Ghosh said that Chatterjee should not be granted any special status in the prisons and should be treated at par with other inmates. “Not jail hospital but an ordinary prison cell should be allotted to him. If I come to know that Partha Chatterjee is enjoying special status or facilities in the prisons, I will protest again,” Ghosh said.

(The above story first appeared on Today News 24 on Aug 05, 2022 06:55 PM IST. For more news and updates on politics, world, sports, entertainment and lifestyle, log on to our website todaynews24.top).