Video: Man Falls Into an Open Pit in Chennai While Trying To Relocate His Bike, Suffers Injuries To Head and Thigh 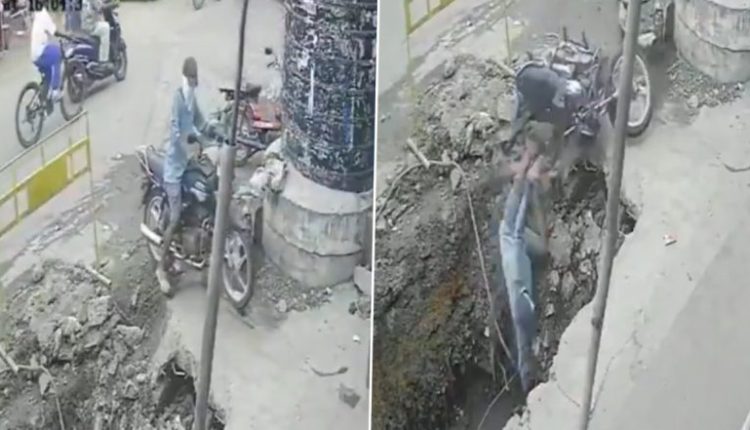 In a shocking incident that took place in Tamil Nadu, a man fell into a giant and deep pothole in Chennai’s Adambakkam road. According to reports, the alleged incident took place when the man was manoeuvring his two-wheeler parked nearby on the road. Reports also suggest that the man suffered injuries in his head and thigh. Shockingly, a rod pierced through his thigh after he fell into the open pit that was dug for a stormwater drainage system.

A man recently fell into a giant and apparently deep #pothole on #Chennai‘s Adambakkam road while manoeuvring his two-wheeler parked nearby and suffered injuries in his head and thigh.