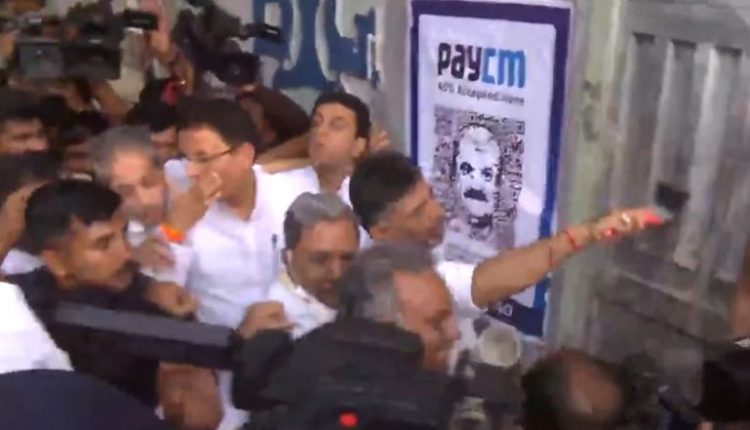 Bengaluru police have detained Congress leaders DK Shivakumar, Siddaramaiah and Randeep Singh Surjewala for pasting the controversial ‘PayCM’ poster in the city on Friday. The Basavaraj Bommai-led government in Karnataka is fuming after posters of the chief minister appeared across the city titled “PayCM” along with a QR code, an attempt at furthering the allegation that the government takes 40% commission on most public works.