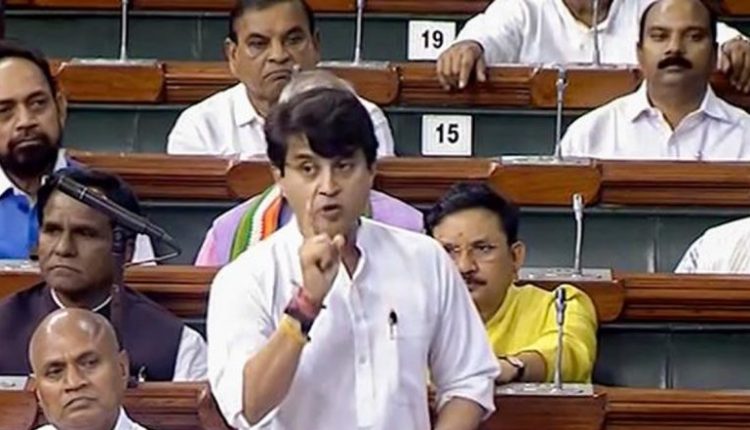 New Delhi, August 5: With 63 air routes being allotted to Uttar Pradesh, the state will have many more such connectivity under the regional connectivity scheme of the Centre, increasing the number of new routes to 108.

The state will also have five international airports in the coming time, Civil Aviation Minister Jyotiraditya Scindia said on Friday after inaugurating direct flights between Lucknow and Delhi, Mumbai, Bengaluru and Goa by Air Asia.

Speaking on the occasion, Scindia said that it is a historic event that an airline has connected a city with eight connecting flights to five cities in India. Lucknow is now connected to Delhi with three flights, Bengaluru with two flights, Mumbai with one flight, Kolkata with one flight and Goa with one flight in a day, the minister added. The flight between Lucknow and Delhi, Bengaluru and Goa commenced effectively from Friday and between Lucknow and Mumbai and Kolkata from September 1. Yogi Adityanath-Led Uttar Pradesh Govt Plans To Double Farmers’ Income Under ‘Panchamrut Yojana’.

“We have also marked 18 airports in Uttar Pradesh under the UDAN scheme which will require an investment of Rs 1,121 crore for infrastructure development. Uttar Pradesh will have five international airports which itself will be a landmark in the country.”

The minister also said that Uttar Pradesh is a shining example of ‘Aatmanirbhar Bharat’ and to achieve this, airports at Chitrakoot, Muradabad, Aligarh, Azamgarh and Shravasti apart from Jewar and Ayodhya are being constructed.

These new projects will further strengthen connectivity between Lucknow and the key cities in the country, which will promote tourism, trade and commerce in the region. They will also offer affordable, on-time, safe and hassle-free travel experience to the people residing in Lucknow, Scindia said.

(The above story first appeared on Today News 24 on Aug 05, 2022 07:19 PM IST. For more news and updates on politics, world, sports, entertainment and lifestyle, log on to our website todaynews24.top).

Loneliness Can Be a Real Heartbreaker