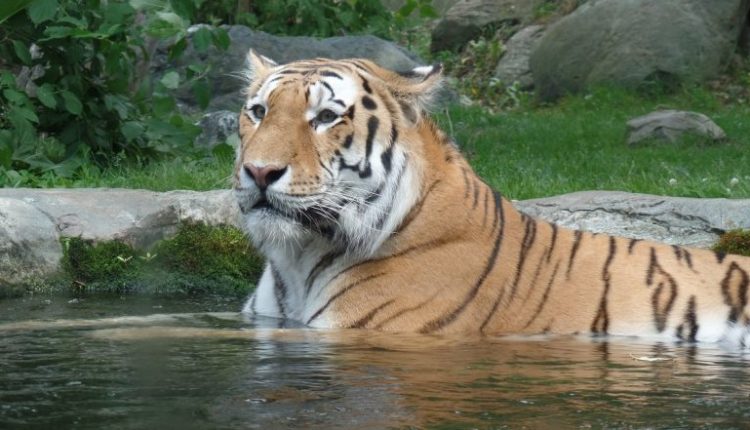 Lakhimpur Kheri, June 23: Motion sensor cameras, baits and a cage have been placed near the temple where a tigress reportedly mauled a priest to death last week.

Forest officials are combing the area with two elephants to spot the tigress that is said to have devoured 18 humans in the past two years in the Dudhwa Tiger Reserve (DTR), six of them since October 2021.

In the case of the temple priest who was killed on June 18, the big cat had chewed off most of the flesh from the priest’s body. The tiger had earlier killed a farmer working in his field on May 21 and had struck again on May 23 when it killed a man who was riding a bicycle. Tigress,16, Found Dead in Sariska.

Local residents of villages on the outskirts of the forest claim that they are living under the shadow of fear ‘not knowing when the tigress will strike again.’ Field director of DTR, Sanjay Pathak has assured them that forest officials were trying to ensure that there are no further casualties.

“The situation is still serious in the area and we are trying to divert the big cat to its prey base. There is outrage amongst the villagers after the last incident, but we are keeping the situation under control. We are trying to cage the animal first and may seek permission to tranquilise it if it strays near the village,” he said.

(The above story first appeared on Today News 24 on Jun 23, 2022 09:31 AM IST. For more news and updates on politics, world, sports, entertainment and lifestyle, log on to our website todaynews24.top).

Kim Kardashian’s Bikini Looks That Are Hot and Sensual!