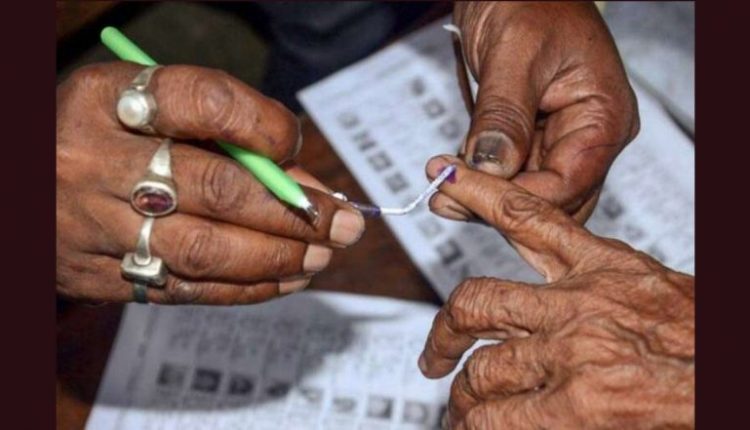 Agartala, June 23: Over 76.62 per cent of the 1,89,032-strong electorate cast their votes on Thursday in the by-elections to four Assembly constituencies in Tripura amid some stray incidents of violence, officials said.

A police spokesman said that police constable Samir Saha was stabbed by unknown miscreants at Ujan Abhoynagar in Agartala assembly constituency. Family members of Saha, who was admitted to the hospital in a critical condition, alleged that “goons of the ruling BJP attacked him”. By-Elections 2022: Voting Underway for Bypolls to 3 Lok Sabha, 7 Assembly Seats.

In another incident, a man fell into a canal on the outskirts of the capital city when some workers of a political party tried to attack him. Disaster response forces are now conducting search operations to locate him.

According to police, there were reports of intimidation and clashes in different places of Agartala, Town Bordowali, Surma, and Jubarajnagar Assembly constituencies in three districts — West Tripura, North Tripura and Dhalai.

Opposition parties including Trinamool Congress, Congress and CPI-M-led Left have alleged that BJP supporters and their goons have launched a series of attacks, intimidated and prevented people from voting and indulged in booth capturing while security forces did nothing.

The BJP leaders, however, denied the allegations. Central and state security forces were deployed to hold the vital by-elections being termed as a “semi-final” before the elections to the 60-member Assembly early next year.

The by-election was held on Thursday to decide the political fortune of 22 candidates including seven women. The focus of the important by-elections was on the Town Bordowali Assembly constituency, where 69-year-old Congress-turned-BJP leader and Chief Minister Manik Saha is contesting against five other candidates.

Saha, the state party president and a Rajya Sabha member who assumed office on May 15, a day after Biplab Kumar Deb’s resignation from the top post, is contesting the elections for the first time. To fulfil the constitutional bindings, he has to become a member of the Assembly within six months.

The month-long campaign for the by-polls was also marred by violent incidents. Former BJP minister Sudip Roy Barman, who is now contesting from the Agartala constituency on a Congress ticket, was injured when “BJP activists” allegedly attacked him late on Sunday night. Barman, a five-time MLA from Agartala constituency, is under treatment even as he is supervising the electioneering.

The by-polls were necessitated after the resignation of three BJP MLAs and the death of CPI-M legislator Ramendra Chandra Debnath. The votes will be counted on June 26.

(The above story first appeared on Today News 24 on Jun 23, 2022 08:32 PM IST. For more news and updates on politics, world, sports, entertainment and lifestyle, log on to our website todaynews24.top).

Light in Your Bedroom Is No Good for Your Health