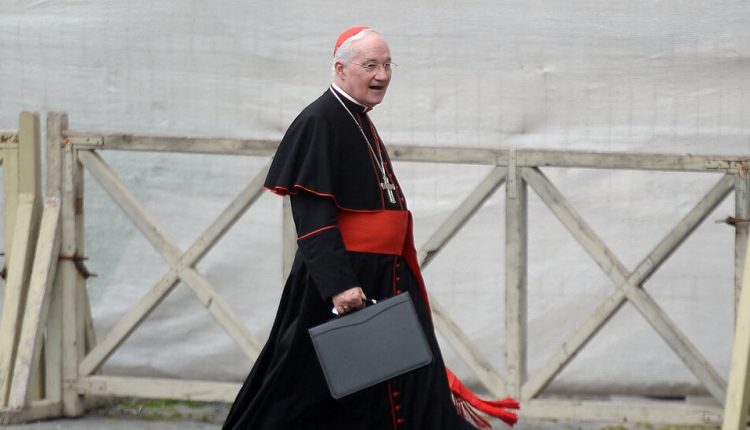 OTTAWA — A woman in Quebec has accused a prominent Canadian cardinal — who is also a top Vatican official and member of Pope Francis’ inner circle — of engaging in sexual misconduct against her when she served as a diocesan intern.

The accusations against the cardinal, Marc Ouellet, are part of a sweeping class-action lawsuit against the Archdiocese of Quebec, in which 101 people say they were victims of sexual abuse by several dozen clerics and lay staff members of the archdiocese. The allegations date to 1940, and the lawsuit says that some of the plaintiffs were minors at the time of the events.

The case is the latest in a string of class-action lawsuits in Quebec that accuse Catholic clerics of sexual abuse, many of which have already been settled, including accusations covered under an 18-million-dollar agreement reached in 2013.

The woman, who is identified only as F. in court filings, has accused Cardinal Ouellet, the former archbishop of Quebec, of inappropriately massaging and touching her lower back at a series of public events in 2010. On another occasion, in 2008, she alleged, he gave her an overly familiar kiss on the cheek and held her closely while caressing her back. She was 23 when the 2008 events were alleged to have occurred.

The woman still works as a pastoral assistant with the diocese, said Justin Wee, one of the lawyers who has brought the case.

Cardinal Ouellet, 78, is one of the most powerful cardinals in the Roman Catholic Church. Since 2010, he has been head of the Congregation for Bishops, the office that advises the pontiff in choosing bishops across the globe. In this role, he has dealt with similar accusations that have been made against bishops

He also accompanied Francis during his trip to Canada last month, during which the pope apologized for abuses against Indigenous children at Catholic-run residential schools.

The Congregation for Bishops and the Vatican did not immediately respond to requests for comment. The Diocese of Quebec said it could not comment on the case since it is before the court, René Tessier, a spokesman, said in an email.

While the cardinal has not been criminally charged, the woman making the accusation characterized the alleged behavior as a sexual assault, saying she did not consent. The plaintiff said that she felt “chased” by the cardinal because of the attention she said he gave her and actions that, she said, he took to be close to her.

The accusations are contained in a court filing made public on Tuesday.

Mr. Wee said that the woman joined the class action after contacting the Vatican. He said the Vatican advised her that a priest had been assigned to investigate her allegations against the cardinal.

Cardinal Ouellet has wide experience within the Vatican hierarchy as a former secretary for the Pontifical Council for Promoting Christian Unity, and is a member of several Vatican departments, including those for culture and education, for legislative texts and for the doctrine of the faith, the Vatican’s doctrinal watchdog.

A onetime theologian and seminary professor, Cardinal Ouellet is considered a doctrinal conservative like Pope Benedict XVI, who made him a cardinal in 2003, and later brought him to Rome from Canada. At home in Canada in 2010, he was harshly criticized for describing abortion as a moral crime even in cases of rape.

In 2007, though, he apologized in an open letter to Quebecers for “certain Catholic attitudes” that included “anti-Semitism, racism, indifference to First Nations and discrimination against women and homosexuals.”

Pope Francis has kept Cardinal Ouellet in office, even though the cardinal submitted his formal resignation request three years ago, as is routine, when he turned 75.

Until the 1960s the Catholic Church dominated largely French-speaking Quebec, running most of its schools and hospitals while also holding strong political influence over the province.