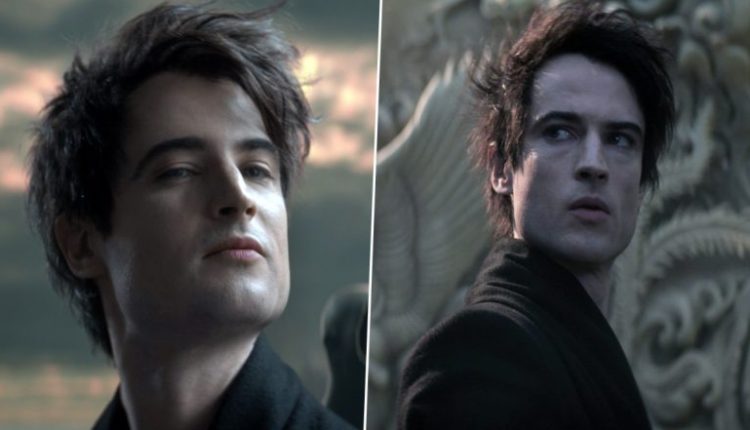 Tom Sturridge, Boyd Holbrook’s series The Sandman released on Netflix on August 5. The series is based on the 1989–1996 comic book written by Neil Gaiman and published by DC Comics. The 10-episode show has garnered positive reactions from the critics. The Sandman unveils the story of Dream, played by Tom Sturridge. The Sandman Trailer: Tom Sturridge’s Dream is Back to Restore Order in This New Promo For His DC Netflix Series, Premieres on August 5 (Watch Video).

The synopsis of the fantasy series reads, “In 1916, Morpheus, the king of dreams and one of the seven Endless, is captured in an occult ritual. After being held captive for 106 years, Morpheus escapes and sets out to restore order to his kingdom of the Dreaming.” The Sandman: Review, Release Date, Time, Where to Watch – All You Need to Know About the Netflix Adaptation of Neil Gaiman’s DC Comic Book!

Check out some of the reviews by critics below:

The Guardian: “Thewlis is brilliant as John Dee, naive and cruel and earnest and cynical, and he gets to lead the best episode of the lot. After an eerie car journey that plays out like a film of its own, Dee spends a day and night in a diner, experimenting on its staff and patrons by nudging them towards a policy of being honest. Each person’s feelings are teased to the surface, and it is horrible and mesmerising and thrilling, with an uncanny, Twin Peaks-ish feel. This is surely a contender for best episode of the year, of any TV drama, and the point at which The Sandman really finds its feet.”

Collider: “There’s no doubt that a so-far-unannounced second season could help deepen and enrich some characters that don’t feel fully formed during the first go-round but still have large parts to play. And, based on the number of intriguing hooks Heinberg, Gaiman, and company plant during these 10 episodes that tease future developments — not to mention a humdinger of a final scene — it’s clear everyone involved is hoping to get a chance to further expand this world. It’s a good dream to have, and if this first season of The Sandman proves anything, it’s that even dreams that might seem impossible can sometimes come true.”

USA Today: “There’s a particular sadness to this adaptation, as characters from this story, based on stories woven into the world of DC Comics, have appeared elsewhere to great critical success. Lucifer was a delight on Fox and then Netflix, played by Tom Ellis. And Constantine, brought to life here by Jenna Coleman as the gender-swapped Joanna Constantine, was a short-lived (but well-loved) 2014-15 NBC series starring Matt Ryan. Ryan took the character to other DC shows on CW, including Arrow and DC’s Legends of Tomorrow, exploring some of his “Sandman” story with much more nuance. ”

Slash Film: “The first few episodes of the series are incredibly weak, to the point of being slightly embarrassing (this is where the Final Fantasy outfits come in, along with a number of bad wigs). But the show turns itself around at the halfway point, with the adaptation of the source material’s most famous and most disturbing story, 24 Hours. When it pulls it off (admittedly in a tamer way than it could have), The Sandman gains a renewed confidence and starts to make the most of its strengths — namely, in its great villains John Dee (David Thewlis, wonderfully chilling) and the Corinthian (Boyd Holbrook, charismatic and venomous, with a vaguely Southern drawl that really works for the walking Nightmare), the latter of whom takes up the mantle as season-long antagonist, a streamlining choice that actually works for a scattered narrative such as The Sandman. The Sandman First Look Teaser: Charles Dance Summons Tom Sturridge’s Lord of Dreams in Netflix’s Series Adaptation of Neil Gaiman’s DC Comic-Book (Watch Video).

ComicBook: “Visually, The Sandman couldn’t and doesn’t match what Keith and Dringenberg brought to original comics, where the artists represented the strangeness of dreams with creative layouts, an effect not easily recreated for television. Instead, the show mostly presents the nature of dreaming by having characters move from one location to another in a single bound through the magic of editing. It’s a less expressive but more realistic approach to dreams, one more akin to how people recall them once they awaken.”

So, after reading the above reviews are you planning to watch The Sandman on Netflix? Tell us in the comment section below.

(The above story first appeared on Today News 24 on Aug 05, 2022 07:14 PM IST. For more news and updates on politics, world, sports, entertainment and lifestyle, log on to our website todaynews24.top).

How Retraining Your Brain Could Help With Lower Back Pain