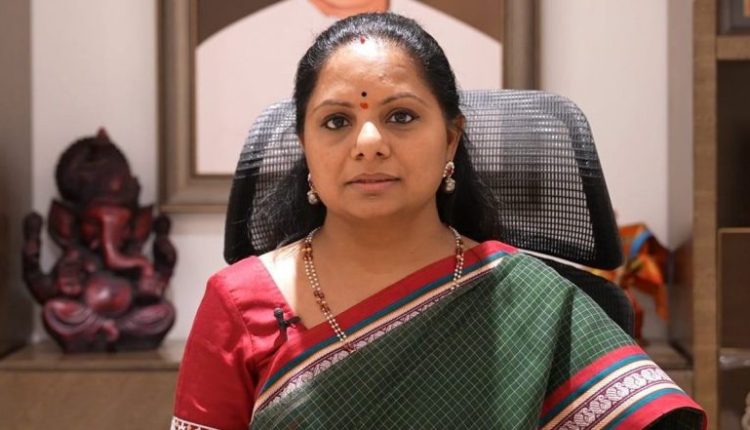 Hyderabad, September 23: TRS MLC K Kavitha on Friday hit out at the BJP alleging that the saffron party was trying to divide the society and disrupt communal harmony. Speaking at Bathukamma Saree Distribution initiative at Kammarpalli Balkonda, about 160 km from here, she advised the BJP to look at the leadership of Chief Minister K Chandrashekar Rao in respecting all the religions alike in the state.

“BJP is trying to divide the society and disrupt communal harmony,” she alleged. While drawing a comparison between KCR and the BJP government at the Centre, she said that Rao gave over two lakh government posts and more than a million jobs to the youth and asked what the BJP gave to the nation. Telangana: TRS Leader K Kavitha Slams Nizamabad BJP MP Arvind Dharmapuri Over Turmeric Board Promise.

Kavitha urged the women to question the BJP leadership about the “state of massive price rise and unemployment” in the country.