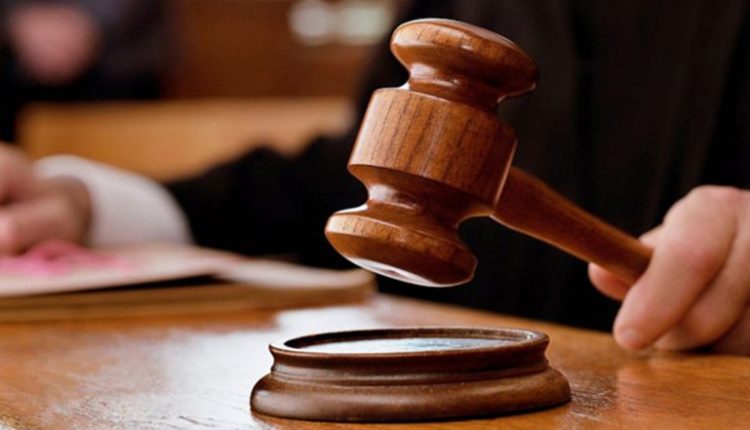 The triple murder took place on May 28, 2018, when an armed gang from a dominant community attacked some people indiscriminately in the Kachanatham village in Sivaganga district. Karnataka Horror: Bengaluru Woman Arrested for Throwing Mentally Challenged Daughter From 4th Floor (Watch Video)

The three persons from the Scheduled Caste community, who were murdered, were identified as K. Arumugam, A. Shanmuganathan, and V. Chandrashekhar. The three were hacked to death following a dispute relating to presenting temple honours at Kachanatham.

The Special Court for the exclusive trial of cases under the SC/ST (PoA) Act in Sivaganga pronounced the sentence. The Special Court judge, Muthukumaran had convicted the 27 accused on August 1.

A total of 33 men of a dominant community, including four juveniles were chargesheeted in the case and one died during the trial. The special court judge had heard the convicts and the family members of the victims on August 3 through video conferencing on the sentence to be given to the convicts.

The Madurai bench of the Madras High Court while rejecting the bail plea of some of the accused in 2019 had stated that the brutal manner in which a group of men from the dominant community had murdered people from Scheduled Castes was a grim reminder of the ugly face of caste inequality in Sivaganga district and that it had a telling effect on the peace and tranquility in the village.

The Kachanthanam incident occurred after two Dalit men on May 26, 2018 did not give respect to a 19-year-old youth from the upper caste community during the Karupannaswamy temple festival at Kachathanam village in Sivaganga. The youth, Suman along with his brother Arun and other members of the community attacked the Dalit settlements on May 28 and killed K. Arumugam and A. Shanmuganathan. Another Dalit person, Chandrashekhar passed away at a hospital two days later. Two Sub Inspectors of the local Palayanoor police station, Janakiraman and Selvam were placed under suspension after the SC community members alleged that they had colluded with the killers.

(The above story first appeared on Today News 24 on Aug 05, 2022 04:16 PM IST. For more news and updates on politics, world, sports, entertainment and lifestyle, log on to our website todaynews24.top).

Ezra Miller’s ‘The Flash’ Withstands the Test of Time Despite Actor’s Controversies, DC Movie To Release in June 2023