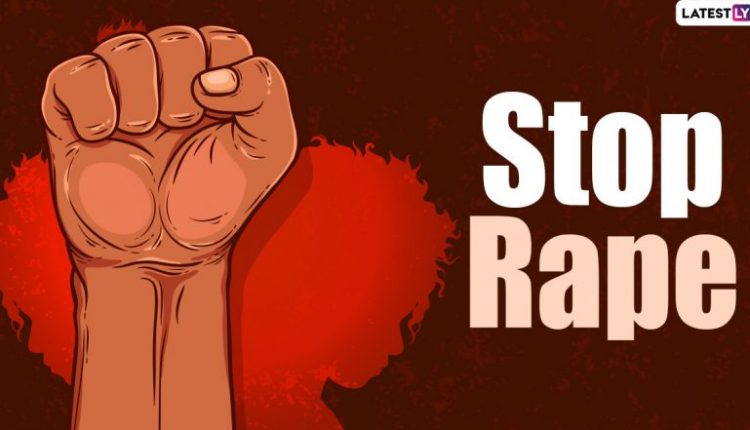 Vellore, August 5: A 44-year-old man was arrested on Wednesday from a village in Vellore district on charges of sexually assaulting his 13-year-old daughter repeatedly for the past 10 months and impregnating her.

According to a report in TOI, the issue came to light when the Class VIII girl student studying in a government school complained of stomach pain. She was taken to the Government Vellore Medical College for treatment by her relative. The doctor, after diagnosing her, informed her relatives that the girl was expecting a baby. The girl gave birth to a baby boy on Tuesday. Gujarat Shocker: Forest Officer in Veraval Arrested on Rape Charge

The medical team alerted the child welfare committee, which in turn lodged a complaint with Vellore all women police.

The accused, a 44-year-old man working as a welder in an industrial unit in Vellore, has been arrested for raping his daughter.

The man and his wife had separated eight years ago and his children — a boy and a daughter — had been living with him and his parents in Adukkambarai, Vellore. Tamil Nadu Shocker: Man Held for Raping, Impregnating His 13-Year-Old Daughter in Vellore

A case was registered under Section 376 (rape) of the IPC and Section 5 (aggravated penetrative sexual assault) of the Protection of Children from Sexual Abuses (Pocso) Act.

The man was arrested on Wednesday and produced before a Pocso court that remanded him to judicial custody.

(The above story first appeared on Today News 24 on Aug 05, 2022 04:06 PM IST. For more news and updates on politics, world, sports, entertainment and lifestyle, log on to our website todaynews24.top).