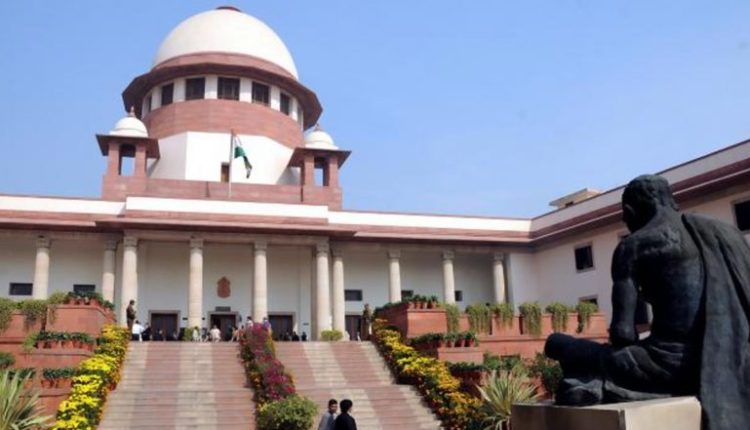 New Delhi, September 23: The Supreme Court on Friday refused to entertain a plea seeking to frame an effective policy to prohibit the consumption, except for medicinal purposes, of intoxicating drinks and drugs in the national capital. A bench of Chief Justice of India UU Lalit, Justice S Ravindra Bhat and Justice Indira Banerjee observed that this was a policy matter.

As the court was not convinced by the petition, the BJP spokesperson and advocate Ashwini Kumar Upadhyay, withdrew his plea. The court also observed that there are thoughts and counter thoughts. “Some people say that drinks taken in small quantities can be good for health,” the court remarked and called it a policy matter. Supreme Court Refuses Plea for Warning Labels on Alcohol Bottles, Says ‘Some People Say Liquor in Small Quantity Is Good For Health’.

The petitioner has sought to frame an effective policy to prohibit the consumption, except for medicinal purposes, of intoxicating drinks and drugs which are injurious to health, in the spirit of Article 47 read with Article 21, 38, 39, 46 and 51A of the Constitution of India.

It also sought to introduce an effective health warning covering at least 50 per cent of liquor bottles or containers on both sides and print intoxicating drinks related to health hazards in Hindi and English.

The petitioner also urged to insert a chapter on the health hazards of intoxicating drinks in the syllabus of primary classes in the spirit of the right to health and education guaranteed under Articles 21 and 21A of the Constitution of India.