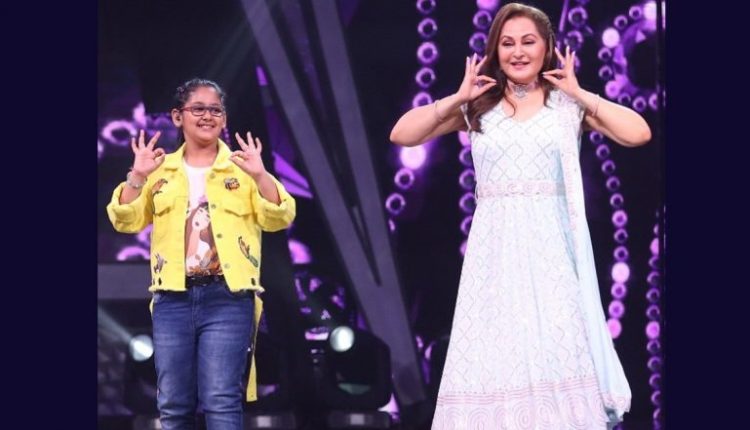 Veteran actress Jaya Prada will be seen teaching dance moves to contestant Samaira Mahajan on the song ‘Mujhe Naulakha Mangade’ from the superhit movie Sharaabi that starred Jaya and Amitabh Bachchan, on Superstar Singer 2. Jaya says: “Samaira, I love you. I have no idea how you sang this song, as no one else can sing it the way Asha ji did. It’s difficult as a child to sing this because of the music’s high tempo, but I have heard that you write down songs as you rehearse them.” Superstar Singer 2: Varun Dhawan Asks Contestant Mohd Faiz to Playback for Him During Jug Jugg Jeeyo Promotion.

Jaya further shares that the way she writes down songs while rehearsing similarly Jaya used to write down her dialogues. “This is quite similar to how I used to write down my dialogues and rehearse it at home. This was the best performance given by you. Lata ji, Asha ji, and Bappi Da’s songs have always been quite popular in my films and hold a special place for me in my life. Samaira, you sang this song beautifully. Hats off to you,” she concludes. Lata Mangeshkar’s Tribute: Arijit Singh To Hold Special Performance in Honour of the Late Singer.

(The above story first appeared on Today News 24 on Jun 23, 2022 03:07 PM IST. For more news and updates on politics, world, sports, entertainment and lifestyle, log on to our website todaynews24.top).

Adani Power stock slips 26% in June: What should investors do?