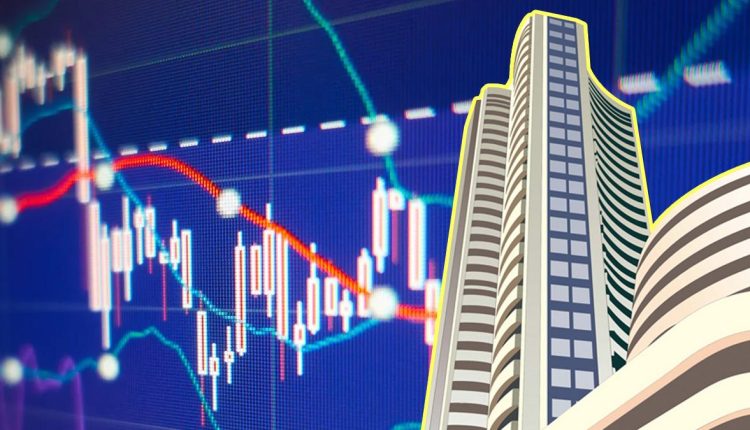 However, mid-cap and small-cap indices on BSE rose 82 points and 138 points, respectively. Banking shares were the top sectoral losers with their BSE index falling 680 points. The BSE consumer durables index rose the most, by 411 points, capping losses for the broader market.

Mahindra & Mahindra: The automobile company is in talks with global investors to raise between $250 million and $500 million to accelerate its plans to build electric vehicles (EVs), Reuters said quoting source with direct knowledge of the matter.

Bharti Airtel: Pastel Ltd, an entity of Singtel has sold 1.59 per cent stake in Bharti Airtel for Rs 7,261 crore through an open market transaction. The stake has been bought by Bharti Airtel’s promoter Bharti Telecom Ltd, as per block deal data with the National Stock Exchange (NSE).

Tata Steel: The board of Tata Steel has cleared the amalgamation of 7 of its subsidiaries – Tata Steel Long Products, Tata Metaliks, The Tinplate Company of India, TRF, Indian Steel & Wire Products, Tata Steel Mining and S&T  Mining into and with the parent company.

Shilpa Medicare:  The company said its analytical services division at Nacharam, Telangana has received Establishment Inspection Report from US Food and Drug Administration. The USFDA carried out inspection during April 26 to April 29. This is the first US FDA inspection of this facility.

Hero MotoCorp: The two-wheeler auto major has raised ex-showroom prices of its motorcycles and scooters, with immediate effect i.e. September 22, 2022. The price revision has been necessitated to partially offset the impact of cost inflation.

Kirloskar Industries: The company has announced the proposed sale of its 17.41 per cent stake in Swaraj Engines (SEL) to Mahindra & Mahindra (M&M). The stake sale has been proposed through inter-se transfer amongst the promoter through off-market transaction, at a price of Rs 1,400 per share.

Cipla: The pharma company has received Establishment Inspection Report (EIR) for its Indore plant, indicating closure of the inspection. The United States Food and Drug Administration (US FDA) at Indore plant has conducted product specific pre-approval inspection (PAI) during June 27 and July 1.

Bombay Dyeing & Manufacturing Company: The board of directors has cleared raising of funds up to Rs 940 crore through rights issue.

Lupin: The pharma firm has received approval from the US FDA for Diclofenac Sodium Topical Solution USP.

Tube Investments: Tl Clean Mobility Private Limited, a wholly owned subsidiary of Tube Investments on Wednesday bought 13,836 equity shares of the face value of Rs 10/- each, representing about 65.2% of the subscribed and paid up equity share capital of lPLT.