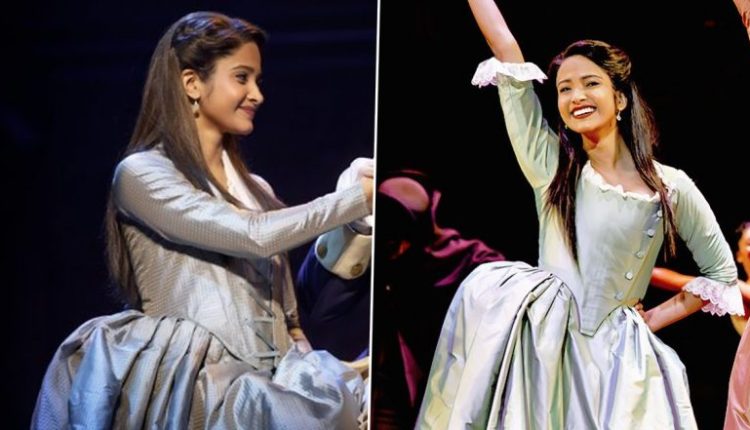 Bollywood director and producer Aditya Chopra are all set to mark his Broadway musical debut with Come Fall in Love – The DDLJ Musical which will star actors Shoba Narayan as Simran and Austin Colby as Raj. Come Fall in Love marks the first ever Broadway debut of an Indian director. It is also the first Bollywood musical set to be on Broadway. Christina Ricci Unveils That Johnny Depp Was the One Who Taught Her About Homosexuality During an On-Set Conflict.

Apart from Aditya Chopra, the legendary musician duo Vishal-Shekar is also going to mark their grand musical debut. The musical also has 18 original English songs to treat audiences with and the makers reveal that they also have a beautiful song Love In Every Colour that celebrates the theme of inclusivity throughout the show. Lashana Lynch To Play the Role of Bob Marley’s Wife Rita in His Biopic.

Talking about portraying Simran on Broadway, Shoba said, “I am thrilled to be bringing this classic love story Come Fall in Love, to Broadway and to be playing the iconic lead role of Simran. The fact that we have an Indian musical headed to Broadway feels incredibly personal and monumental to me as an Indian American actor who grew up loving Bollywood films and musical theatre. It was only a matter of time before Broadway and Bollywood found each other and I am over the moon to be leading this exceptional production.”

She added, “‘ Come Fall in Love’ tells a beautiful story of uniting people from different walks of life. Given the toxic narrative of division that has been running in our world today, ‘Come Fall in Love’ is a heartfelt and relevant show that explores the importance of inclusivity and learning about a world beyond our own.  As I look around our rehearsal room, I see members of every department, from East to West, pouring their full selves into this piece, and striving to authentically represent the world we are portraying.” Austin Colby portrays the role of an American boy Roger, who falls in love with Simran in Aditya Chopra’s Broadway debut.

He stated, “After watching DDLJ, I was filled with joy, peering through a window into the rich world of Indian culture. It is overwhelming to fully process DDLJ’s impact on both Indian and global audiences, touching hearts and changing lives. What an honour for me to be a part of bringing Come Fall In Love to the American theatre audience and entrusted with this responsibility by the original director, Aditya Chopra. Hearing him talk about his vision for this musical is inspiring and something I truly believe in.”

He further said, “That being said, I’m aware of what my involvement in this production means to many people and I completely understand its impact. I’m not the Raj that Shah Rukh Khan made us fall in love with, nor will I ever pretend to be. I am excited to fulfil the creative team’s vision for this role and I truly believe in the story and how we are telling it. I hope audiences will trust Adi and the team’s original vision for ‘Come Fall In Love’ coming to Broadway and love this piece as much as we do.” For The Old Globe run, the musical begins performances on September 1 through October 16, 2022, with the official Opening on Wednesday, September 14.

Assam Horror: Caught in Compromising Position, Wife and Her Lover Kill Husband, Cut Body Into Pieces and Throw in Septic Tank in Nagaon