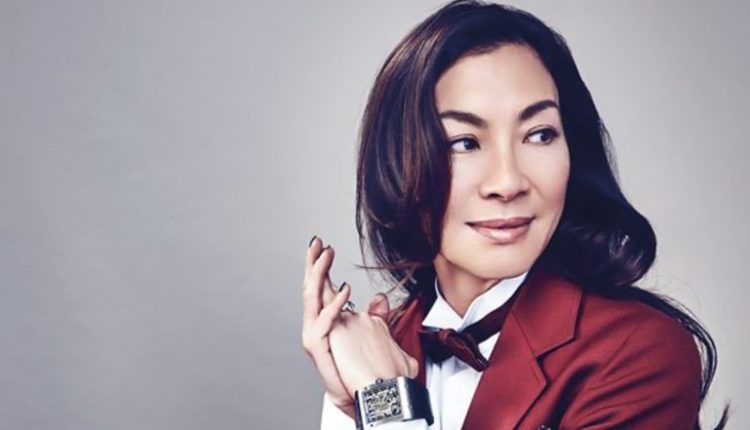 Shang-Chi and The Legend of the Ten Rings actress Michelle Yeoh says that she had to learn to “fall” before she could “fly”. As she studied at the Royal Academy of Dance in London, the 60-year-old actress initially hoped to become a ballet dancer but that was until an injury scuppered her plans, reports aceshowbiz.com. Denise Dowse, Beverly Hills, 90210 and Insecure Actress, Dies at 64 After Battling Meningitis.

While accepting an honorary doctorate at the American Film Institute, she told the Class of 2022: “The first thing they taught me what to do was to tuck and roll, then how to fall on my side, and then how to fall on my back. And after a while, it dawned on me that they were teaching me how to fall.” She continued: “I was convinced I was being pranked. I was like ‘When do I get to do the real stuff? You know, the jumping kick, the roundhouse kick’.” Anne Heche Dies at 53; Actress Best Known for Playing Twins in ‘Another World’.

“They said ‘How are you going to go up if you don’t know how to come down?’ That lesson sticks with me to this day. I had to learn how to fall. Well, you could say I learned it in my bones, literally. These moments taught me perseverance, grit and humility,’ Yeoh added. The ‘Memoirs of a Geisha’ actress went on to explain to the graduates that success without failure is merely luck and insisted that cannot be relied upon because “failure” is necessary for growth.

She said: “You see, after I learned how to fall, I could learn how to fly. What I want to share with you today is that our slips and stumbles are the secrets to our flight. Every person who has ever stepped onto this stage has had their fair share of crashes.” “Trust me, that’s part of the deal. Success without failure is called luck. It cannot really be repeated or relied upon. It is from failure, we learn and grow.”

(The above story first appeared on Today News 24 on Aug 15, 2022 03:24 PM IST. For more news and updates on politics, world, sports, entertainment and lifestyle, log on to our website todaynews24.top).