Scientists revive pig’s organs hours after death. Can tech be applied on humans? 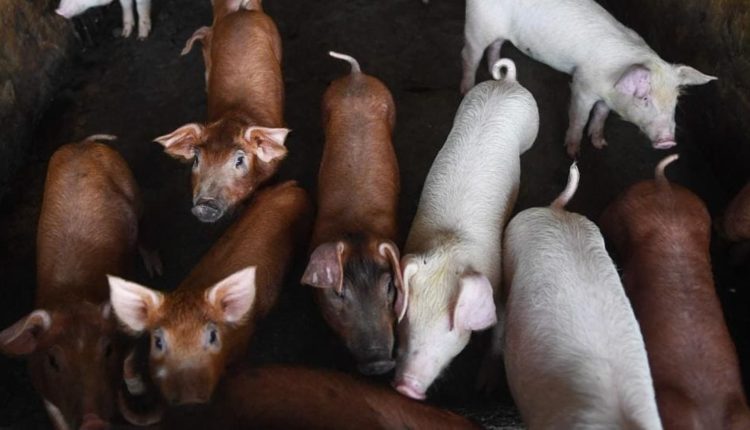 A team of scientists at Yale University have successfully used a technology called OrganEx to deliver a specially designed cell-protective fluid to organs and tissues, which helped revive pigs – a full hour after they died – as part of an experiment.

The findings have been published in the August 3 edition of the journal Nature. The findings suggest that permanent cellular failure of organs does not have to happen so quickly after the final heartbeat, and may help extend the health of human organs during surgery and expand availability of donor organs, the authors said.

“All cells do not die immediately, there is a more protracted series of events,” said David Andrijevic, associate research scientist in neuroscience at Yale School of Medicine and co-lead author of the study. “It is a process in which you can intervene, stop, and restore some cellular function.”

The research is a step further in this direction, as an earlier similar project restored circulation and certain cellular functions in the brain of a dead pig with technology dubbed BrainEx in 2019.

Also Read | Australia’s Great Barrier Reef could survive if given a chance: Report

The two studies were led by the lab of Yale’s Nenad Sestan, the Harvey and Kate Cushing professor of neuroscience, and professor of comparative medicine, genetics, and psychiatry. “If we were able to restore certain cellular functions in the dead brain, an organ known to be most susceptible to ischemia (inadequate blood supply), we hypothesised that something similar could also be achieved in other vital transplantable organs,” Sestan said.

In the new study that involved Sestan, Andrijevic, Zvonimir Vrselja, Taras Lysyy, and Shupei Zhang, the researchers applied a modified version of BrainEx called OrganEx to the whole pig.

Using a perfusion (passage of fluid through the circulatory system to an organ) device similar to heart-lung machines that are used as a temporary substitutes during heart and lungs surgery, cardiac arrest was induced in anaesthetised pigs. An experimental fluid that can promote cellular health and suppress inflammation was also used.

The treatment with OrganEx was carried out after an hour of their death and scientists were amazed to find out six hours later that certain key cellular functions, including the heart and liver and kidneys, were active in many areas of the pigs’ bodies. The scientists also found evidence of electrical activity in the heart, which retained the ability to contract.

“We were also able to restore circulation throughout the body, which amazed us,” Sestan said.

As science explains, normally after the final heartbeat, organs begin to swell, collapsing blood vessels, thereby preventing its circulation. OrganEx treatment was able to reverse this process at the level of cells and tissue and scientists were also able to restore the blood circulation.

Zvonimir Vrselja, Sestan’s colleague on this project from Yale, said “under the microscope, it was difficult to tell the difference between a healthy organ and one which had been treated with OrganEx technology after death”.

Speaking about the potential applications of the OrganEx technology, the authors noted their relevance in extending the life of organs in human beings and expanding the availability of donor organs for transplant procedures.

They also believe that the groundbreaking technology could also treat organs or tissues damaged by ischemia during heart attacks or strokes.

“There are numerous potential applications of this exciting new technology,” said Stephen Latham, director of the Yale Interdisciplinary Centre for Bioethics. “However, we need to maintain careful oversight of all future studies, particularly any that include perfusion of the brain.”

The results from the evaluation of the treated animals were surprising because of the occurrence of involuntary and spontaneous muscular movements in the head and neck areas which indicate the preservation of some motor functions.

The team has stressed the importance of additional studies needed to understand the ‘restored motor functions’ in the pigs, while adding that the project also needs ethical review from other scientists. The experimental protocols for the latest study were approved by Yale’s Institutional Animal Care and Use Committee and guided by an external advisory and ethics committee.

Windchime detector could use gravity to hunt for dark matter ‘wind’