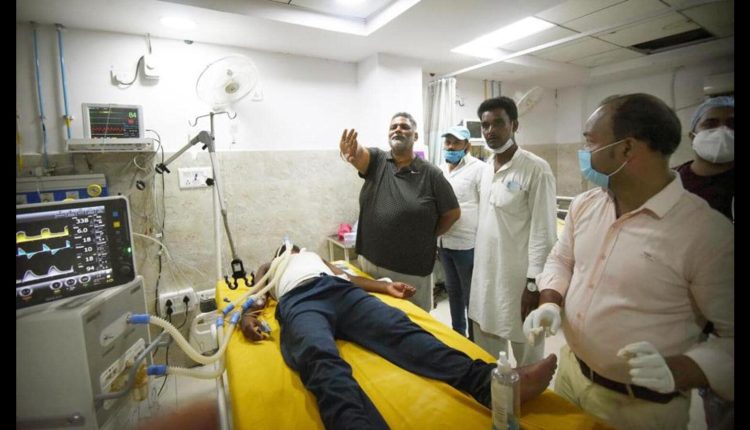 Saran superintendent of police (SP) Santosh Kumar said several persons have been detained in connection with the latest incident.

The death toll in the suspected hooch tragedy in Saran district of “dry” Bihar’s climbed to 11 on Friday, with eight more people dying since Thursday night, police said.

Saran district magistrate (DM) Rajesh Meena confirmed 11 deaths and conceded that consumption of spurious liquor could have been the reason. “The trail of liquor smuggling to the area is being established. The station house officer (SHO) of Maker police station, Niraj Mishra, and chowkidar of Phulwaria Bhatha village have been suspended for liquor smuggling/selling under their jurisdiction,” he said.

According to district officials, 15 others were undergoing treatment at Patna Medical College and Hospital (PMCH) and the district hospital at Chapra.

There has been a total of 25 suspected hooch deaths in Saran alone this year so far.

Saran superintendent of police (SP) Santosh Kumar said several persons have been detained in connection with the latest incident. “We have urged villagers to report fearlessly about liquor smuggling. No innocent will be harassed,” he said.

Sale and consumption of liquor is banned in Bihar since April 2016.

According to data released by the state police headquarters, altogether 73, 413 people were arrested between January and July this year for violating the ban. Police have lodged 52,770 FIRs in the last seven months and seized over 18 lakh litres of countrymade and foreign liquor and impounded more than 9, 000 vehicles used for smuggling liquor.