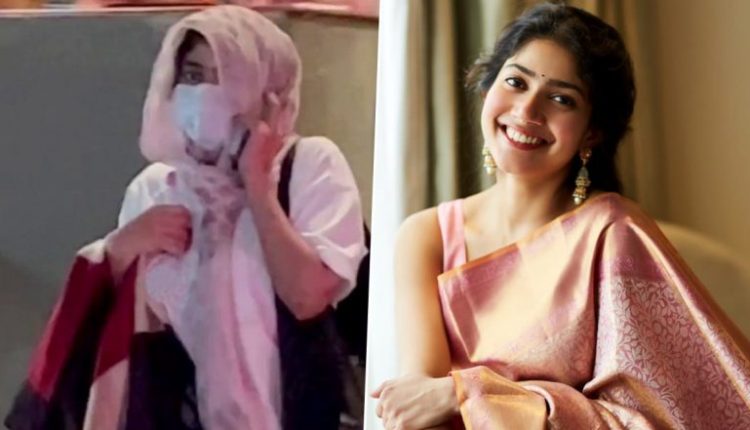 ‘Fidaa’ actress Sai Pallavi, who will be next seen in Rana Daggubati-starrer ‘Virata Parvam’, was spotted in a movie hall in disguise. Earlier on Sunday, Sai Pallavi was spotted with her face and head covered with a scarf in a simple outfit, that went viral yesterday. Sai Pallavi to Star Opposite Sivakarthikeyan in ‘RKFI Production No 51’ Produced by Kamal Haasan (View Pics).

Check Out The Viral Pics:

‘Fidaa’ actress #SaiPallavi (@Sai_Pallavi92), who will be next seen in #RanaDaggubati (@RanaDaggubati)-starrer ‘#VirataParvam‘, was spotted in a movie hall in disguise.

It seems like during the screening of the movie, no one noticed her, but the image of her exiting caught the attention of many. Sai Pallavi, who had a prominent role in the Nani-starrer ‘Shyam Singha Roy’, had previously also watched her film in a theatre in disguise.

(The above story first appeared on Today News 24 on May 16, 2022 04:44 PM IST. For more news and updates on politics, world, sports, entertainment and lifestyle, log on to our website todaynews24.top).