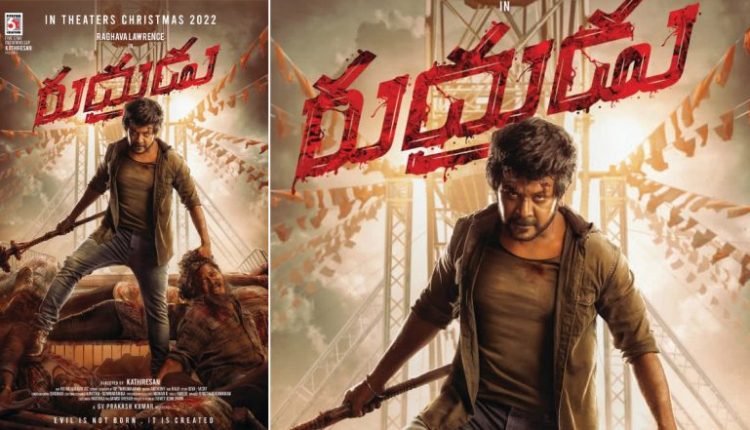 Actor, choreographer, and filmmaker Raghava Lawrence is starring in Kathiresan’s action thriller Rudhrudu. The makers on Thursday took to social media to release the first-look poster. The poster features Raghava Lawrence in a dramatic position and is titled Rudhrudu which symbolises the ferocious side of Lord Shiva. The title of the film is appropriately justified as he appears in a violent avatar when he grabs hold of his opponents. Cobra: Chiyaan Vikram’s New Poster From Ajay Gnanamuthu’s Film Out!

The film is marketed as an action thriller, and its tagline, “Evil is not born, it is created” implies that the protagonist’s violent side shouldn’t be let loose. Priya Bhavani Shankar is the leading lady opposite Lawrence, and Sarath Kumar is playing a crucial role. Music is provided by GV Prakash Kumar. Varisu Second Look: Thalapathy Vijay Is All Smiles As He Poses With Kids In The New Poster; Film To Arrive In Theatres On Pongal 2023.

EVIL is not BORN,It is CREATED!

‘Rudhrudu is in its final leg of filming, and is expected to be out around Christmas for the theatrical release.

(The above story first appeared on Today News 24 on Jun 23, 2022 08:15 PM IST. For more news and updates on politics, world, sports, entertainment and lifestyle, log on to our website todaynews24.top).