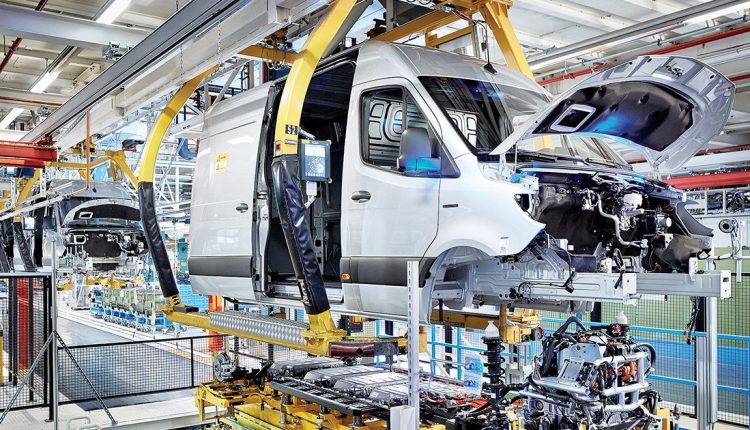 In April, Mercedes-Benz said its order books are full, but its factories are struggling with supply chain difficulties.

Mercedes and Rivian are planning to produce both of their models on a joint production line, and Mercedes said it is developing a new all-electric van architecture of its own called VAN.EA.

Under the new agreement, the companies will make two large vans, one based on Mercedes’ VAN.EA platform and the other based on Rivian’s light van electric platform.

They did not disclose the precise location.

Mercedes said it will restructure its German factories now building large Sprinter vans to offset higher costs for electric vehicles. It will invest about $400 million at its factory in Dusseldorf as part of that transition.

Mercedes also said it will use “an established plant” in central or eastern Europe as a third van production site, joining Dusseldorf and Ludwigsfelde in Germany.

The Mercedes plant in Kecskemet, Hungary, is likely to be on the shortlist for the factory.

The plant, which opened in 2012, makes entry-level Mercedes A-Class, B-Class and C-Class cars. The automaker plans to reduce production of such vehicles to shift to higher-end models.

By 2025, all newly introduced Mercedes van models will be electric only.

Mercedes also has a partnership with Renault, which builds its Citan and T-Class compact vans as versions of its Kangoo multipupose vehicle. Those vans also have a full-electric option. Mercedes’ medium van, Vito, also has an electric version.

Bloomberg and Reuters contributed to this report

Pedestrian killed after being hit by tram in South Melbourne