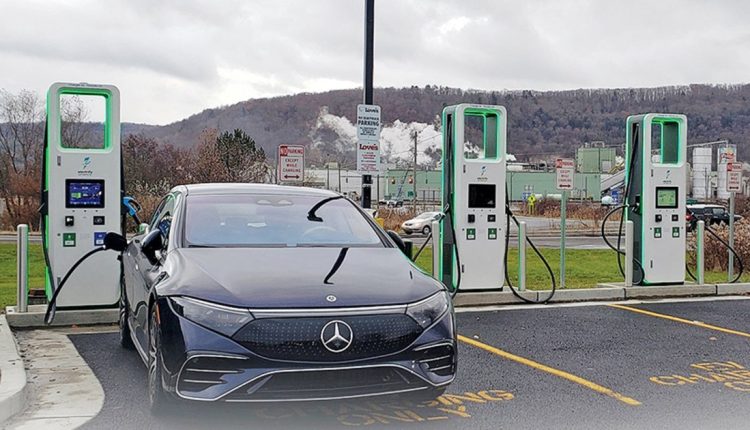 Once every party has accepted the others’ certificates as validated by a third party, the charging session initiates automatically. Robert Barrosa, senior director of sales, business development and marketing at Electrify America, called it “a three-legged stool.” Each leg has to prove its validity using public key infrastructure before the other two will accept it.

The payment mechanism often starts as a preset charging credit on a specific network provided with the vehicle purchase. It varies between a predetermined number of kilowatt-hours or unlimited use for a period of time. When the automaker incentive ends, the network charges the owner’s credit card.

From a driver’s point of view, charging an EV with Plug & Charge is just as simple as using the Tesla system. But already, there’s potential for confusion over how the Plug & Charge system is named. In June, General Motors announced that its new Ultium-based electric vehicles would have “Plug and Charge” capabilities for the GMC Hummer EV, Cadillac Lyriq and upcoming electric models.

The software underneath is not presently ISO 15118-compliant. Instead, it’s based on a different protocol called Autocharge. It validates a charging session using a vehicle’s fixed media access controller, or MAC, address — essentially the car’s address on a network. It’s an older technology. Vehicles without fixed MAC addresses can’t use it.