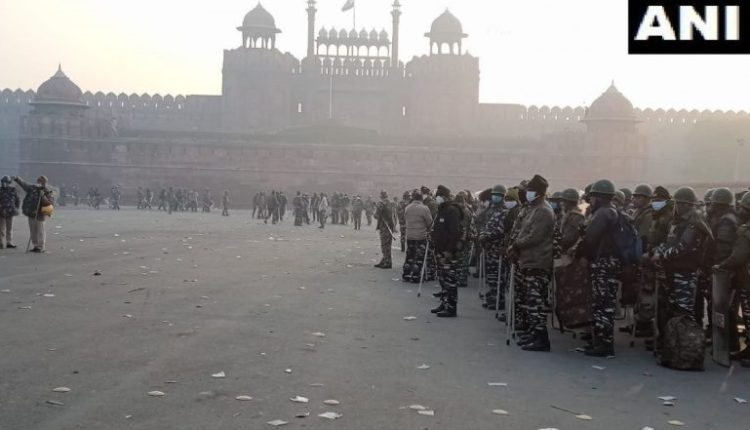 “On such occasions [Republic Day], Delhi Police always raise the alert. We increase our visibility, presence and checking to counter any threat,” a senior police officer said.

Delhi Police Commissioner Rakesh Asthana said in an order that as per reports, certain criminal or anti-social elements or terrorists inimical to India may pose a threat to the safety of the general public, dignitaries and vital installations. February 2022 Has 4 Saturdays, Sundays, Mondays, Tuesdays, Wednesdays, Thursdays, Fridays And Comes Once in 823 Years? Here’s a Fact Check of The Viral Whatsapp Message.

“The safety of the people is our topmost priority. The police personnel have been deployed on roads to intensify patrolling and checking at pickets for area dominance,” the officer said.

Moreover, recovery of an Improvised Explosive Device (IED) on January 14 from the Ghazipur flower market area has already raised the concerns of the Delhi Police. Deputy Commissioner of Police (New Delhi district), Deepak Yadav, told IANS that adequate arrangements have been made in and around the Rajpath ahead of the Republic Day.

“Around 300 cameras with face-recognition facility have been installed around the Rajpath to thwart any threat beforehand,” Yadav said. The hotels in New Delhi district area are also being checked by the cops.

In view of the existing threat, Yadav said that specially-trained commandos of Delhi Police and paramilitary forces would be deployed to counter any threat. “Apart from the police commandos, assault teams of SWAT, Special Cell and hit squads of NSG would also be deployed,” Yadav said.

As the usage of drones to carry out terror attacks has risen in the recent past, the DCP said any flying object that breaches the security cordons in and around the area of Rajpath will be taken care of. “An anti-drone team will be deployed to take care of that,” he said.

Meanwhile, around 1,000 drones, 75 military aircraft and tableaux of 12 states and Union Territories and nine ministries will be part of the Republic Day celebrations at Rajpath. Republic Day Parade 2022: For 2nd Year in A Row, No Chief Guest at R-Day Parade Due to COVID-19 Surge.

The government has introduced two important changes — Republic Day celebration week will be held from January 23 to January 30, and the main function will begin 30 minutes later on January 26.

It will begin at 10.30 a.m. in place of 10 a.m. to let visibility improve by the time the flypast takes place. The celebrations will begin from January 23 to mark the 125th birth anniversary of Netaji Subhas Chandra Bose. It will end on January 30 to commemorate Martyrs’ Day.

(The above story first appeared on Today News 24 on Jan 18, 2022 11:51 PM IST. For more news and updates on politics, world, sports, entertainment and lifestyle, log on to our website todaynews24.top).