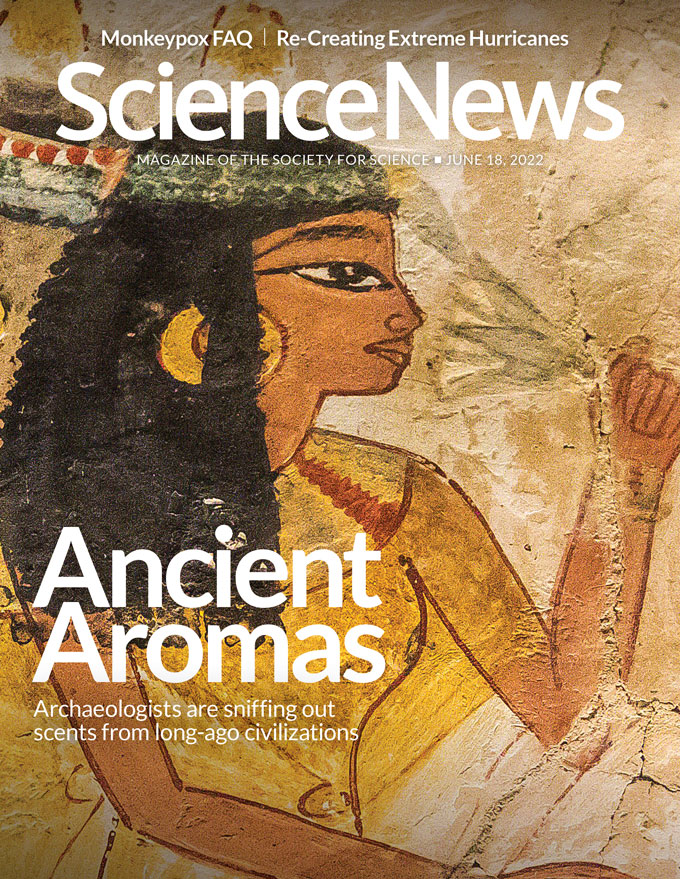 Conover reported that scientists tracked a high-energy neutrino to an area of the sky where a bright flare, thought to be a tidal disruption event, had been discovered roughly a year before. Reader Doug McElroy wanted to know if the delay in the observation of the neutrino reveals the distance of the tidal disruption event from Earth.

It doesn’t, Conover says. “High-energy neutrinos and light travel at nearly the same speed (neutrinos are just slightly slower due to their mass), so that difference in travel time shouldn’t make a big difference in when we see the particles,” she says.

Instead, the timing suggests that the process of a black hole tearing apart a star, creating an environment that accelerates particles, can last for a while, Conover says. In this case, at least a year. Scientists think this particular neutrino would have been emitted about a year after the flare from the tidal disruption event.

Extra dust could impact river flows, Ogasa wrote. For instance, fallen dust in the Upper Colorado River Basin reduced flows of meltwater into the Colorado River by an average of about 5 percent every year. Reader Greg Skala asked how dust can have such an effect on runoff.

Dust that fell on the basin’s snowy surfaces decreased the amount of sunlight they reflected, causing the snow to melt several weeks earlier in the year than anticipated, Ogasa says. That left the vegetation and soils that were buried underneath exposed for a longer period, increasing the amount of water lost to the air through a process called evapotranspiration. As more water was lost to the air, less eventually made its way to the river.

Reader Bradley Ruben wondered if the discovery implies that there are lone, rogue black holes zipping through space, potentially destroying solar systems or other celestial objects in the way.

Isolated black holes that travel through space do exist, Conover says. In fact, scientists may have spotted one a few thousand light-years from Earth (SN: 7/16/22 & 7/30/22, p. 11). But the implications are not quite as dramatic as one might imagine.

Space is really big, and the number of solo black holes is relatively small, making any direct hits by a black hole very rare, Conover says.

“And contrary to popular belief, black holes don’t ‘suck in’ everything around them,” she says. If the black hole doesn’t get too close and simply passes by, it would just exert a gravitational pull on the planetary system it encounters. In that way, it would act similar to any other massive object traveling through space, such as a star, she says.

Punjab to get 75 ‘Aam Aadmi Clinics’ on Independence Day