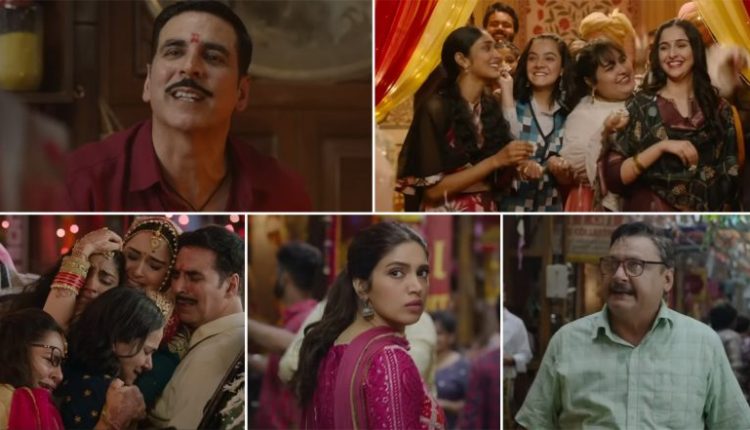 The almost 3-minute-long trailer shows the struggles of the eldest child (Akshay) who is trying his best to get his sisters married before marrying his childhood sweetheart (Bhumi Pednekar). The protagonist is seen struggling from a shortage of money for dowry to a not-so-ideal match for his sisters.

Directed by Aanand L Rai and written by Himanshu Sharma and Kanika Dhillon, the film is produced by Colour Yellow Productions, Zee Studios, Alka Hiranandani in association with Cape Of Good Films.

The film shoot was wrapped up in Delhi last year’s October. Initially, the film had gone on the floor on June 21, 2021. Raksha Bandhan has been written by Aanand’s longtime collaborator and National Award-winning screenwriter Himanshu Sharma, known for movies like Zero, Raanjhanaa and the Tanu Weds Manu franchise. Akshay Kumar Completes 30 Years in Hindi Film Industry, Says ‘A Lifetime Filled With Your Love!’

Unvaccinated Victorian teachers to return to schools next week