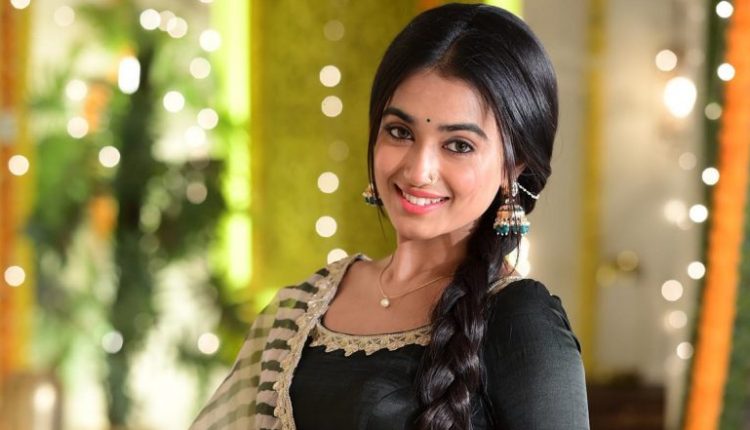 Actress Neeharika Roy portrays the character Radha alongside Shabir Ahluwalia’s Mohan in Prateek Sharma’s latest show Pyar Ka Pehla Naam: Radha Mohan. The actress is happy to have bagged the part, and shares that the daily soap has a flavour of its own. Kumkum Bhagya: Sriti Jha, Shabir Ahluwalia and Others Enjoy a Special ‘Pyaar Wali Holi Celebration.’

“I think the concept of this show is unique. It’s a kind of love story but is completely different from the other TV shows. Also, the character Tulsi, which is that of a soul, played by Keerti Nagpure, is very interesting, passionate, and so human that the viewers can easily relate to all its emotions. The flow of the show is also beautiful,” she says.  Pyaar Ka Pehla Naam Radha Mohan: Shabir Ahluwalia Is All Set to Play the Lead in the Upcoming ZEE TV Show.

Neeharika feels strong characters influence a story well, making it more appealing. “We witness normal characters in our everyday life. But we are delighted when we come across strong characters or personalities who have made a difference. Even as viewers our dream is to become such characters. If the story contains such strong parts, viewers definitely like that,” she explains. She opines that these days the audience has become more receptive to relatable content. While the saas-bahu sagas still have their own audience, times are changing.

“I do think that relatable content definitely attracts an audience. But at the same time a unique and interesting concept can also attract as well as influence the viewers. As far as saas-bahu sagas are concerned, it had definitely had its charm when this started initially. But that concept has already been repeated several times. And I feel, the audience does not want to see the same thing again and again,” she shares.

Neeharika is content with the response to Pyar Ka Pehla Naam: Radha Mohan.

“The response has mostly been overwhelming. We get many messages and feedback on social media. Our efforts are driven towards making the show all the more entertaining for the viewers,” she sings off.

(The above story first appeared on Today News 24 on Jun 27, 2022 06:43 PM IST. For more news and updates on politics, world, sports, entertainment and lifestyle, log on to our website todaynews24.top).