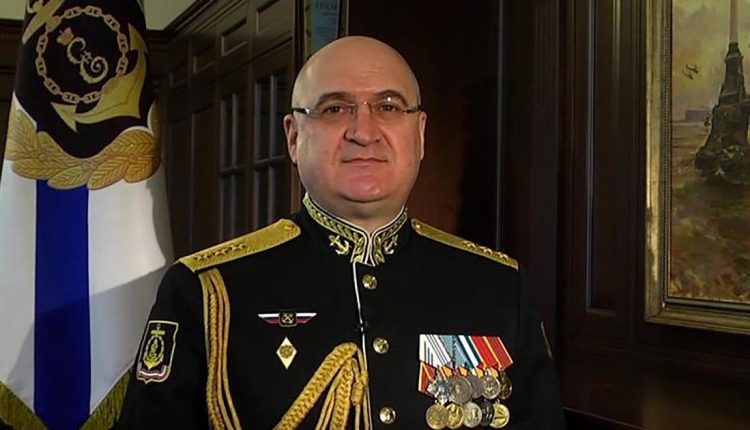 The fate of Vladimir Putin ‘s Black Fleet chief, Igor Osipov, is reportedly shrouded in mystery after it emerged that the Admiral has “not been seen alive” since the sinking of the Moskva warship last month.

Sources in Kyiv say there are suspicions he was on board the vessel when it was hit by Ukrainian coastal defence missiles.

Russia has so far admitted to one fatality on the Moskva, but it is clear many more were killed. It is also unclear how many were wounded and where they might be receiving treatment as a consequence.

Ukraine, meanwhile, initially claimed Putin had detained Osipov amid his fury over the attack, whilst other reports suggested he had been suspended from duty.

Neither theory was confirmed by Moscow, but Russian officials insisted earlier this week that the 49-year old was at his “combat post” but “not in the mood” to face the public.

The Admiral was notably absent from Monday’s Red Square Victory Day parade, which he would routinely have been expected to attend.

His name was listed as present at a Black Sea Fleet Day on 7 May, only for it to later be removed.

Governor of Sevastopol Mikhail Razvozhaev said: “Our commander of the Black Sea Fleet, Admiral Igor Vladimirovich Osipov, is now at his combat post.

“Of course he is not in the mood for social networks and congratulations, but I’m sure he and our Black Sea people feel our support.”

Several Kyiv sources say that Osipov has not been seen “live”, however, since the flagship’s sinking on 14 April.

“The Black Sea Fleet is discussing whether Osipov could have been on board the cruiser Moskva at the time of the attack,” said a pro-Kyiv source, who claimed to have inside information from the Russian navy .

Russian Telegram channel VChK-OGPU, meanwhile, reported that no-one had seen Osipov face-to-face in a month, despite his name being seen in recently signed documents.

Yegor Shkrebets, 20, has not been seen since the Moskva warship sank

If he was aboard the vessel, his fate would be covered by the lack of clarity the Russian defence ministry has provided regarding the incident. At the time, Moscow claimed the cause was down to an on-board fire rather a missile strike.

The father of a missing, presumed dead sailor on the warship said after a meeting with authorities last week: “Figures of dead and wounded on the cruiser Moskva will be clarified by the Black Sea Fleet and Ministry of Defence when they consider it expedient.”

Dmitry Shkrebets, who believes the truth is the subject of a cover-up added: “I hope that the causes of the absurd loss of the flagship of the Black Sea Fleet will be investigated thoroughly by the military prosecutor’s office and the FSB directorate…and the results will be made public to the people of Russia.”

Metro rail officials apologise to residents over cracks in homes