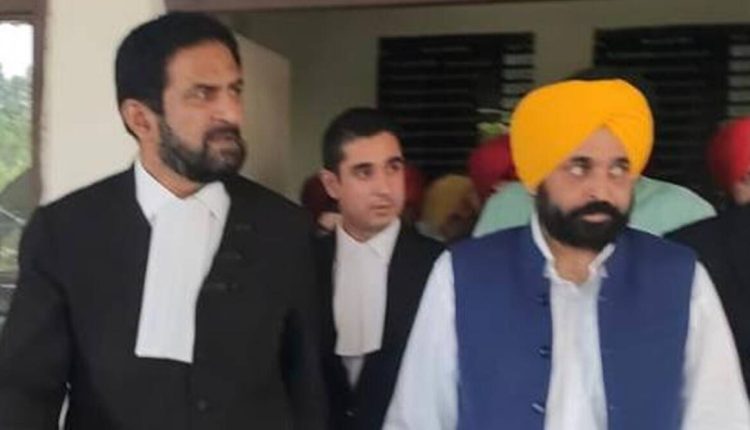 Punjab Chief Minister Bhagwant Mann and Finance Minister Harpal Singh Cheema appeared before a district court in Chandigarh Saturday over his alleged involvement in a case of rioting registered in 2020. The Chandigarh Police had named 10 Aam Aadmi Party leaders, including the CM, in its chargesheet.

Mann and Cheema appeared before the Court of CJM (Chief Judicial Magistrate) Dr Aman Inder Singh. During the previous hearing of the case on March 23, 2022, the duo and other AAP leaders were asked to appear before the CJM Court. Bhagwant Mann was represented by senior advocate Dr Anmol Rattan Sidhu (Former AG Punjab) and advocate Pratham Sethi.

The case pertains to January 10, 2020, when the Chandigarh Police had booked Bhagwant Mann and seven party MLAs on charges of rioting, assault and obstructing police from performing their duties during a protest near the MLA hostel in Sector 4, Chandigarh, against the power tariff hike.

Reportedly, half a dozen police personnel were injured when unknown AAP supporters allegedly started throwing stones at the police personnel. The AAP’s Punjab unit had slammed the then Punjab government and criticised the Chandigarh Police for being a “puppet in the hands of central government”.

The Chandigarh Police had filed the chargesheet under Sections 147 (rioting), 149 (every member of unlawful assembly guilty of offence committed in prosecution of common object), 332 (voluntarily causing hurt to deter public servant from duty) and 353 (assault or criminal force to deter public servant from discharge of duty) of the Indian Penal Code, registered at PS Sector 3, Chandigarh.