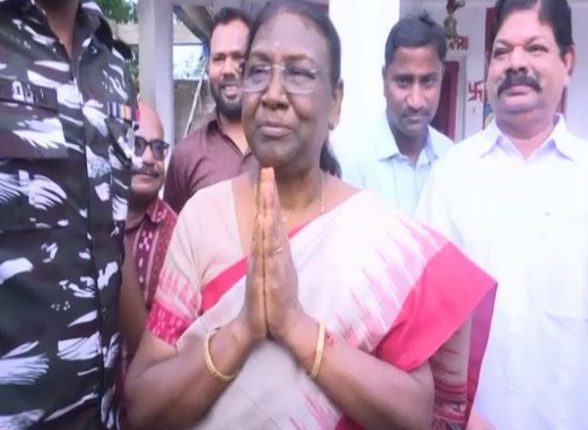 New Delhi, June 22: The presidential candidate nominated by the Bharatiya Janata Party-led NDA, Droupadi Murmu is scheduled to file her nomination papers on Friday, highly placed sources said. The sources also informed that Prime Minister Narendra Modi will be proposing her name for the nomination on June 24, which will be seconded by the party’s national president JP Nadda.

The sources also informed ANI that the BJP has invited all of their allies to join in the nomination ceremony including the chief ministers of NDA-ruled states of the country. Presidential Elections 2022: Droupadi Murmu, an Inspiration and A Benchmark for Us To Follow, Says BJP President JP Nadda.

Meanwhile, the National People’s Party (NPP) chief and Meghalaya chief minister Conrad Sangma and Nagaland chief minister Nephiu Rio have already confirmed their participation in the nomination for the Presidential election on Friday. It is also being said that Nitish Kumar will also be present during the nomination.

As per the sources, the preparation to prepare the papers for Murmu’s nomination is in full swing. On Wednesday evening Odisha chief minister Naveen Patnaik made an appeal to all MLAs of Odisha to support Murmu’s candidature.

Notably, Naveen Patnaik-led Biju Janata Dal (BJD) is not an ally of the NDA but is often seen supporting the NDA government on crucial bills and legislature. He openly came out and endorsed the candidature of Murmu for the upcoming presidential elections that are scheduled to take place on July 18.

‘If you want me to quit, tell me on my face,’ Uddhav tells rebel Sena MLAs