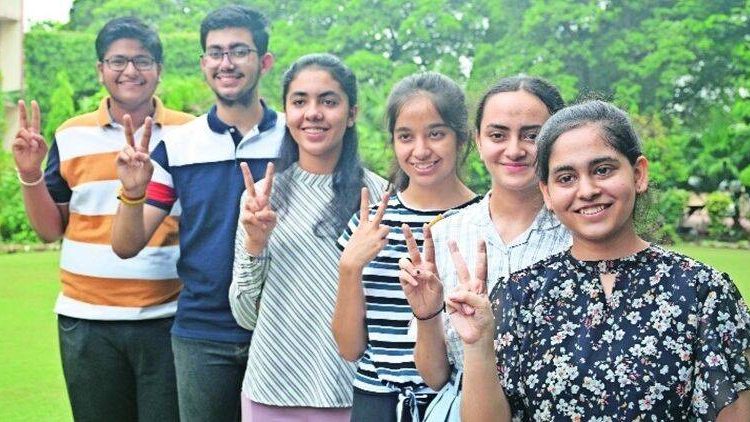 Education is not the filling of a pail, but the lighting of a fire
—WB Yeats

As Bhavan Vidyalaya gets another school in New Chandigarh, which is all set to launch in the 2022-2023 session, it’s time to look back at this chain of educational institutes—three in the tricity, one in Amritsar and Delhi each—which has been striving to impart forward-looking education steeped in Indian ethos.

It was in 1978-79 when Jaisukhlal Hathiji, Governor first of Haryana and then of Punjab, and a senior member of Bharatiya Vidya Bhavan executive committee, asked me to establish the Chandigarh Kendra and be its chairman. I recalled having said that I was too young for this role. He smiled, and asked me to be vice-chairman and explore a senior person for chairmanship.

I found an outstanding person in Justice Tek Chand (retired from HC), known to be upright in conduct, and seeped in Indian culture and Hathiji agreed. For the Honorary Secretary I recommended KJ Khosla, a dedicated person committed to values of life, and the team was complete. With Hathiji’s initiative, the Bhavan got land in Sector 27, Madhya Marg, for setting up the Kendra to promote cultural and educational activities. Donations were collected for constructing the building. And cultural talks and lectures were initiated. In a bid to give a push to professional education, we started evening classes with courses in journalism, labour laws, public relations, sales and marketing et al which became so popular that many colleges and even Panjab University followed suit. The Principal was Col. Dr P. K. Vasudeva. Chandigarh Kendra established Bhavan Vidyalaya, the school, in July 1983.

Dr KM Munshi, India’s freedom movement activist, politician, writer, educationist and environmentalist, had founded Bharatiya Vidya Bhavan in November 1938 with the support of Mahatma Gandhi. The Bhavan’s aim was to preserve Indian culture, and develop a healthy mind rooted in the noble values of the past, but eager to embrace all things progressive in the present to strive for a more radiant future. The institution grew rapidly over the years with a cooperative, apolitical, national ethos and an international outlook. It continues to inculcate ethical and spiritual values. It’s also been a great advocate of nature and the annual Van Mahotsav, initiated by Munshiji.

Bhavan is a trust with 119 centres in India, seven abroad and 367 constituent establishments. Its motto is a Sanskrit phrase, “Aa no badraaha kartavyo yanthu vishwatahah (let noble thoughts come to us from every side)”. The logo is “knowledge is nectar”.

At present, Surendralal G. Mehta is its world president, Banwarilal Purohit is its Honorary Secretary, I. R. Khandwala its Trustee and Honorary Treasurer and HN Dastur its Executive Secretary and Director General.

Justice Tek Chand passed away in 1996 and I took over as the chairman. Honorary Secretary KJ Khosla also expired in 1997 and PR Aggarwal took his place. On his retirement, Madhukar Malhotra became the Honorary Secretary in November 2019. N K Khosla, IAS, helped in the planning and construction of a new buildings adjoining the old one.

The school has been fortunate to have principals such as Lata Vaidyanathan, who remained at the helm for nine years till 1993. She was followed by Minakshi Mohindru till 2008, and Vineeta Arora at present.

I have enjoyed contributing to the school, our knowledge centre. The dull and shabby building required a revamp to cheerful classrooms and offices, clean toilets, tidy nook and corners. Thanks to our principals and teachers, our students have performed well in all spheres, and have made Bhavan Vidyalaya amongst the best schools in the region. I realised that the school had made its mark when my daughter-in-law Anuradha asked me if my granddaughter Satvika could move from her convent school to Class IX at Bhavan Vidyalaya.

The popularity of Bhavan Vidyalaya prompted us to build a junior school for primary classes in Sector 33 in 2010. It was not easy, for finances were scarce. Bharatiya Vidya Bhavan is a trust and our schools are non-profit institutions in which only teaching and administration staff are remunerated.

Bhavan Vidyalaya has many firsts to its credit. Be it a section for slow learners or pioneering Model United Nations from 2010, the school has always strived to excel. Recently, in International Commerce Olympiad Suyash Agarwal of class XII ranked second and Dhavani Bansal of class XII ranked third. In sports, shuttler Devika Sihag, a student of Class XI, is all set to represent India in the World School Games in Normandy, France.

Bhavan Vidyalaya also tries to ensure that children don’t forget the less-privileged. To that end, it’s adopted Saketri slum to promote education among its children.

Our founder KM Munshi sincerely believed that by promoting education and Indian culture in totality, India can become a beacon of progress among the nations of the world. I earnestly hope our students are able to fulfil his dream.

Cannes 2022: Sonam Kapoor Is the Ultimate Queen of Extravagant Looks on the Cannes Red Carpet!