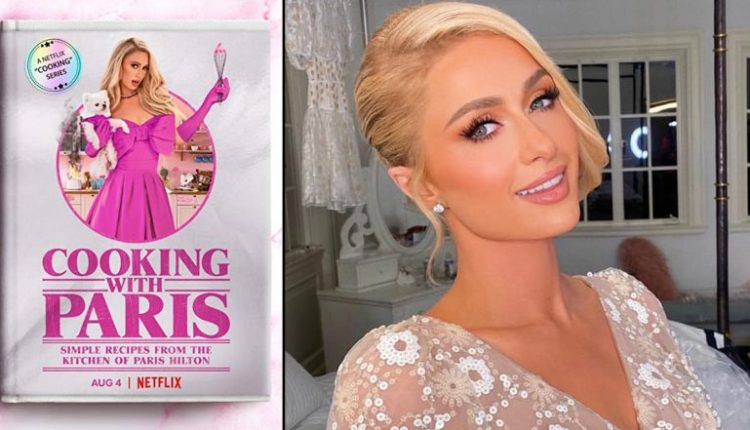 Paris Hilton’s Cooking With Paris will not return for a second season as Netflix has cancelled the cooking reality series after season one. As per People magazine, the show, which premiered in August 2021, is inspired by her successful YouTube videos of the same name. The six-episode series featured Hilton tackling a range of recipes, from savoury main dishes to lip-smacking desserts, with guests including Kim Kardashian West, Nikki Glaser, Demi Lovato, Saweetie, Lele Pons, and Kathy and Nicky Hilton. Paris Hilton-Carter Reum’s Wedding Pictures Are Proof That Their Wedding Was a Fairy-Tale Affair.

Cooking With Paris showcased the host’s unconventional cooking practices. She flattened burgers with a diamond-encrusted spatula and dredged meat while donning a flashy feathered ensemble. Apart from featuring as the host of the show, Hilton also executive produced along with Aaron Saidman, Eli Holzman, and Rebecca Hertz. Industrial Media’s The Intellectual Property Corporation produced the show. Paris Hilton Shares Pics With Carter Reum While Standing At The Altar, Says ‘I’m So Excited For The Future We Will Create Together’.

This wasn’t Hilton’s first food-related endeavour. In season four of ‘The Simple Life’, she and costar Nicole Richie famously traded responsibilities with a mother of four, only for Hilton to prepare dinner for the woman’s kids with a clothing iron. She also starred in a bikini-clad Carl’s Jr. commercial in 2005, reported People magazine. However, Hilton fans still have a few projects to see her in, including the Peacock reality show ‘Paris in Love’, which follows her and beau Carter Reum as they plan their wedding, and her podcast This Is Paris.

China decides not to sell Olympics tickets to Chinese public