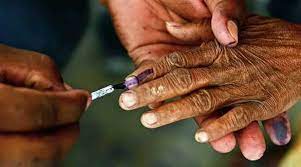 The West Bengal State Election Commission (WBSEC) has started preparations for the state panchayat polls scheduled for the next year and ordered the exercise of delimitation and reservation of wards and updation of voters’ lists in gram panchayat, panchayat samiti and zilla parishad areas.

The state poll panel has also convened a meeting of district magistrates at its office in Kolkata on Monday to hold discussions on these matters.