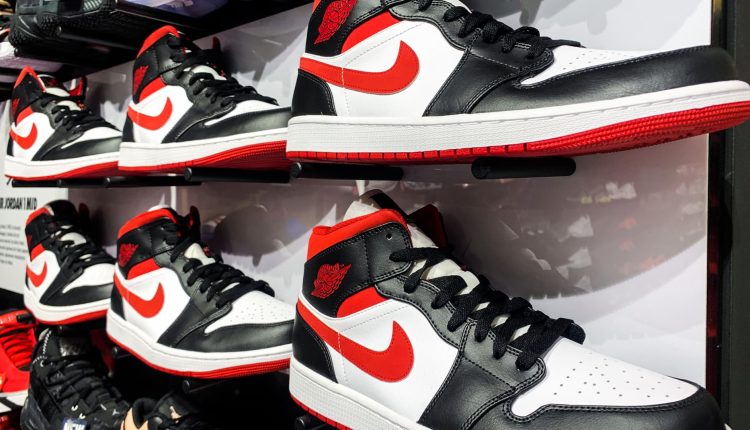 Nike Air Jordan shoes are seen in the store in Krakow, Poland on August 26, 2021.

Nike on Monday topped Wall Street’s earnings and sales expectations for the fiscal fourth-quarter, as the sneaker giant overcame a Covid lockdown in China and tougher climate for consumers in the U.S.

Shares rose about 1% in aftermarket trading.

The company did not share a forecast for the year ahead, however. It referred to some ongoing challenges, such as disruptions that have slowed shipments of shoes and apparel across the globe.

Here’s how Nike did in its fiscal fourth quarter compared with what Wall Street was anticipating, based on a survey of analysts by Refinitiv:

Nike is in the middle of a strategy shift, as the company sells more merchandise directly to shoppers and trims back the amount sold by wholesale partners like Foot Locker. Its direct sales grew 7% to $4.8 billion in the quarter versus the year-ago period. Nike’s wholesale business trends were the opposite. Sales in that division dropped 7% to $6.8 billion.

The strategy, which began about two years ago, is paying off, Chief Financial Officer Matt Friend said.

“In this dynamic environment, Nike’s unrivaled strengths continue to fuel our momentum,” he said in a news release, adding that the company is “better positioned than ever to drive long-term growth while serving consumers directly at scale.”

In Greater China, its sales took a bigger hit due to lockdowns. Total sales in the country dropped by 19% to $1.56 billion versus $1.93 in the year-ago period.

The athleticwear and sneaker company faces several key challenges in the coming quarters. As the prices of gas, groceries and more rise, some consumers may skip over discretionary items or trade down to lower-priced brands. Supply chain challenges continue, causing merchandise to move slowly around the globe or get stuck in the wrong spot.

In the three-month period, inventory rose to $8.4 billion — up 23% versus the year-ago period — driven by longer lead times from ongoing disruptions in the supply chain.

Nike said its board authorized a new four-year, $18 billion stock buyback program this month. It will replace the company’s $15 billion share buyback program, which will end in the coming fiscal year.

This story is developing. Please check back for updates.