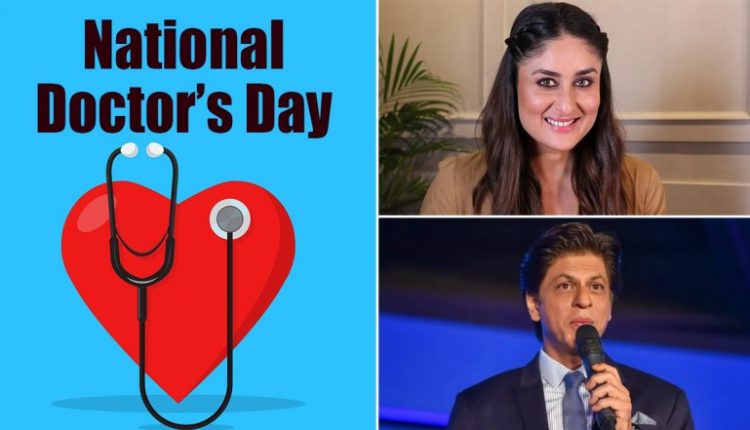 Over the years, Bollywood has presented us with several remarkable characters on the big screen; be it everyday characters or the special ones who leave a mark on everyone’s hearts. One such character that Bollywood has time and again presented in a very memorable way, is that of a doctor. Saif Ali Khan Is Acing at Husband Duties in Latest Still Shared by Kareena Kapoor from Their London Vacay!

As we celebrate National Doctor’s Day on July 1, appreciating our heroes who tirelessly take care of the health of others, here are 7 actors who played the role of a doctor to perfection, by bringing a smile to our faces or tears to our eyes through their flawless portrayal.

Kareena Kapoor Khan aka Bebo is one of the few actors in Bollywood to have played a doctor on screen on three occasions. Whether Dr Tanvi in Kyon Ki, Dr Preet Sahni from Udta Punjab or Dr Priya from 3 Idiots, every time she portrayed a doctor, she left a lasting impression with her beautiful performances.

Though not entirely a doctor, Sanjay Dutt as Munna Bhai alias Murli Prasad Sharma, is one of the most memorable characters to have ever donned the doctor’s uniform. With a range of emotions and character changes it goes through, Sanjay Dutt’s earnest portrayal of Munna Bhai has definitely won millions of hearts.

Shah Rukh Khan in Dear Zindagi plays the ever-charming and infallible psychologist, Dr Jahangir Khan, with an out-of-the-box approach toward his patients. In his brilliant portrayal of a psychologist with whom you can share even your most personal details, Dr Jahangir Khan comes across as one person you’d crave to have in your life!

The gorgeous Sonali Bendre has brought to life memorable characters in her flawless portrayal of a doctor, not once but twice. Be it the adorable Dr Preeti in Hum Saath Saath Hain or the ever-supporting Dr Priya in Kal Ho Na Ho, Sonali has made herself one of the most loving and dependable doctors to have ever been played in Bollywood.

Here comes the most controversial doctor to have ever existed in the history of Bollywood. Though Shahid comes with the highly unconventional portrayal of Dr Kabir Singh, there might not be much to say regarding his skills and efficiency in the movie. Irrespective of the negative aspects of the character, Shahid’s brilliant act as Dr Kabir certainly makes this character one of the most memorable doctors on the big screen. Shahid Kapoor Shares Glimpses of His Family Vacation From Switzerland in Latest Instagram Post!

In the 1971 movie Anand, two legendary actors shared the screen together to etch two remarkable characters that travel through the timeline of Bollywood for eternity. If Rajesh Khanna was the one who bowled you over with the impeccable performance as Anand, the story would not have been as incredible as it is, without the excellent portrayal of Dr Bhaskar Banerjee, played by Amitabh Bachchan.

Besides Kareena, Gracy Singh is another actress who has played the role of doctor more than once in Munna Bhai MBBS and Armaan. With each of her touching roles in both the films, she won a lot of hearts with the humane touch she brings to her character, playing the perfect doctor who’s always there by your side!

BJP should hang its head in shame: Cong on court’s remarks | India News