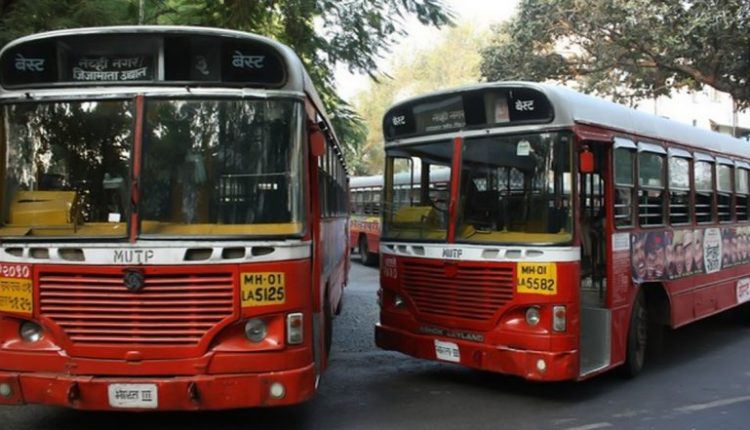 Mumbai, August 12: The Samta Nagar police recently arrested a BEST bus driver for knocking down a pedestrian, which resulted in her death in Kandivli East. Police officials said that the accident took place at around 9.15 pm on August 9 near Thakur House.

According to a report in the Times of India, bus number A-289 was on its way to Kandivli station from Anita Nagar when the fatal accident occurred. The deceased was been identified as Lata Chaturvedi (50). Electric Bus in Mumbai: BEST’s First Electric Double Decker Bus Likely to Be in Public Service From September 2022.

The tragic incident took place when the bus was taking a right turn at Thakur House. The 50-year-old pedestrian suffered a hit from the front left side of the bus. Although the woman was immediately rushed to Sancheti Hospital, she succumbed to her injuries the next morning.

In a separate incident that took place on August 9, five people were injured after a BEST bus hit a temple on the side of a road in the western suburb of Goregaon.

The accident took place after the driver of the BEST bus lost control of the wheel after the brakes failed and the vehicle hit a temple on the side of the road.

(The above story first appeared on Today News 24 on Aug 12, 2022 05:12 PM IST. For more news and updates on politics, world, sports, entertainment and lifestyle, log on to our website todaynews24.top).