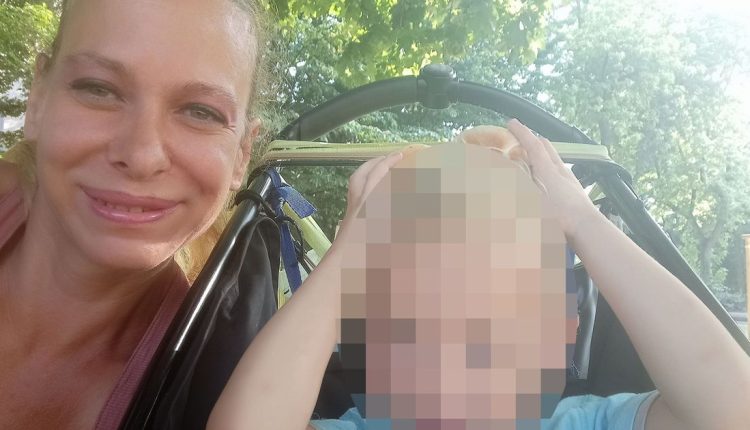 Katalin Erzebet Bradacs, 44, has been charged with killing two-year-old Alex Juhasz last October and could avoid jail time if she is deemed unfit to take the stand after a psychriatic evaluation

Katalin Erzsebet Bradacs has been accused of stabbing her son Alex, two, to death (

A mum accused of stabbing her toddler son to death and dumping his corpse on a Lidl checkout counter could avoid jail time.

The Hungarian national reportedly entered a Lidl supermarket shouting for help as she placed her son’s bloodied body on top of a checkout counter.

Little Alex was pronounced dead, with nine stab wounds found on his body, to his chest and neck areas.

The former nightclub dancer and adult actress was treated by health workers at the scene before she was arrested by the police after a knife was found in her handbag.

A bloodied T-shirt, which had nine puncture holes, and a woman’s jumper were found later that night at a nearby disused building.

The suspect was taken into custody and is at a prison in the nearby city of Perugia.

She will undergo a psychiatric evaluation at the end of the month, which could determine if she can take the stand or receive involuntary psychiatric treatment if found to be unfit to, local media in Hungary reports.

The court is said to be hiring a translator for the evaluation, despite the fact the defendant speaks Italian.

Police believe the motive was related to revenge against Alex’s dad, who Bradacs was separated from. They had been disputing custody of Alex.

Norbert Juhasz, who lives in Hungary, had alerted the Hungarian authorities after he was sent a photo of his dying son via WhatsApp.

This is where Bradacs allegedly killed Alex
(

Bradacs is said to have sent the photo shortly before she went to the supermarket with the toddler’s body, according to reports.

During police questioning, the mum denied the allegations and told police: “I did not kill my son.”

She allegedly told three different versions of events before choosing to remain silent on the advice of her lawyer Enrico Renzoni.

A bloodied T-shirt, which had nine puncture holes, and a woman’s jumper were found at a nearby disused building
(

The suspect had been living in the Tuscan town of Chiusi Scalo at the home of a man who had managed the now-closed nightclub she used to work at.

She also has an 18-year-old son, who lives in Hungary and whose father is deceased.

Norbert claims Bradacs fled to Italy with the boy in September 2021 after a Hungarian court granted custody him custody of Alex.

He has alleged that when Bradacs was pregnant with Alex, she would hit her belly and she also took steroids.

Witnesses have also alleged they saw the woman mistreating her son on a previous occasion.

According to the Hungarian news site Bors, the trial is now underway in Italy, and Bradacs may escape jail time.

The parents of the defendant Gyorgy and Erzsebet have said they will continue to support their daughter.

They have also expressed fears that she could take her own life if she does not receive specialist treatment.

Her father said: “I hope they can cure her and she will realise what she has done.”

The Samaritans is available 24/7 if you need to talk. You can contact them for free by calling 116 123, email jo@samaritans.org or head to the website to find your nearest branch. You matter.