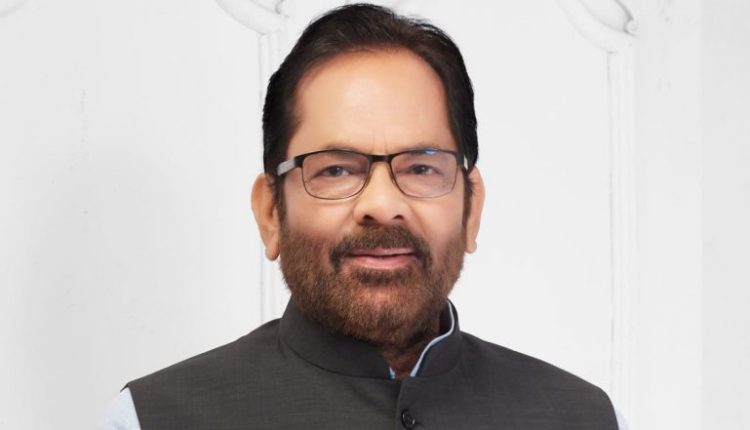 “Naqvi finally emerged as the top choice for the Lt Governor’s post in J&K after the growing concern in New Delhi over the recent targeted killings and its eagerness to have a democratically elected government in office sooner than later,” a top source told IANS.

In light of his likelihood to get the Lt Governor’s post, the BJP had decided not to field Naqvi in the recent Rajya Sabha polls.Jammu and Kashmir Weather Forecast: Flood Alert in Union Territory, Weather Likely to Improve Today

“He has been considered for the post because of his wide experience in the government and the party and also to send the right message in the Kashmir Valley that the Centre is serious about fulfilling its promise to have a popular government in J&K before statehood is restored here,” a source revealed.

Sinha replaced G.C. Murmu in August 2020 who had taken over from the then Governor, Satyapal Malik as the first Lt Governor of the Union Territory. Jammu & Kashmir: 5 Houses in Srinagar Attached by Police for Harbouring Militants

Malik was the last Governor of the J&K state before it was downgraded to the status of a Union Territory.

Sources also said that after he takes over as the Lt Governor, Naqvi is expected to make some changes at the top level in the J&K administration.

(The above story first appeared on Today News 24 on Jun 22, 2022 10:42 PM IST. For more news and updates on politics, world, sports, entertainment and lifestyle, log on to our website todaynews24.top).

Pakistan: ‘Emergency’ Declared in Punjab Province Due to Rising Cases of Rape

Rats Blamed for Spreading Disease More Than They Do