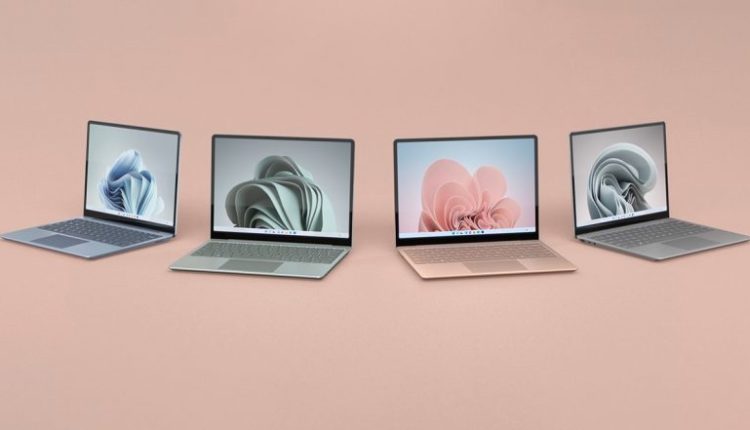 New Delhi: Microsoft has made it official to launch next line-up of Surface laptops on October 12, that are likely to include a new 2-in-1 device called the Surface Pro 9 as well as Surface Laptop 5. The “Microsoft Fall 2022 Event” plans to “talk about?devices”, according to the company. Microsoft Surface Laptop Go 2 Now Available for Sale in India.

Microsoft hasn’t organised any in-person Surface event since the pandemic and this time, it again looks like an online event. The company is also organising its flaghsip Ignite event around the same dates. According to reports, both the Surface laptops are likely to come with 12th Gen Intel CPUs, up to 1 TB storage and up to 16GB of RAM.

Microsoft is planning two new colour variants for Surface Pro 9 – Forest and Sapphire. The Surface Pro 9 may cost 1,300 euros in the cheapest version (Intel Core i5, 8 GB RAM and 256 GB SSD) and Surface Laptop 5 with 13.5-inch display may cost at least 1,200 euros, while the larger 15-inch model may start from 1,500 euros, says German portal WinFuture.

The Surface Pro9 is set to be equipped with the latest Intel processors from the “Alder Lake” family.

“Specifically, our sources cite the Intel Core i5-1235U as the base model platform, while the Intel Core i7-1255U is used in the better equipped and more expensive versions of Microsoft’s 2-in-1 tablet,” the report claimed.

The top models of the Surface Pro 9 have the Intel Core i7-1255U, which offers an identical number of “P” and “E” cores.

(The above story first appeared on Today News 24 on Sep 22, 2022 04:58 PM IST. For more news and updates on politics, world, sports, entertainment and lifestyle, log on to our website todaynews24.top).

Is it your birthday between Sept 22 to 30? Check how the year will shape up | Astrology