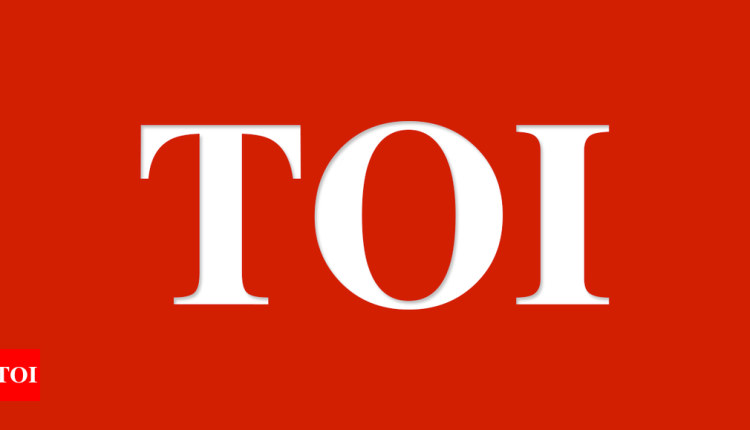 NEW DELHI: West Bengal chief minister Mamata Banerjee met with Prime Minister Narendra Modi on Friday, essentially requesting him to intervene in matters to ensure the pending financial dues to the state from the Centre are cleared. The chief minister has said that Bengal’s outstanding dues from the Centre amount to Rs 1,00,968.44 crore, as of July 31, 2022.
The meeting comes two days before the annual Niti Aayog governing council meeting, where all chief ministers are expected to attend on Sunday.
Banerjee’s 40 minute interaction with Modi also comes at a time when one of her former minister Partha Chatterjee (sacked last week) is in ED custody and is being interrogated by the central agency for embezzlement of funds that has dealt a mighty blow to the pro-people image of her government and the ruling Trinamool Congress party in the state.
Banerjee also called on newly elected President Droupadi Murmu, with a bunch of yellow roses, a handcrafted scarf, sandesh and mishti doi (typical Bengali sweets). It was a courtesy meeting for 15 minutes.
According to a memorandum that Banerjee handed over to PM Modi, Bengal’s accumulated dues (Rs 1,00,968.44 crore) from the Centre has made it difficult for her to run the affairs of the state. “With such a large amount remaining outstanding on account of core sectors, you would no doubt appreciate that it is becoming extremely difficult for the state government to run the affairs and take care of the people of the state,” she told Modi. She provided the whole list of heads and the breakdown of the amounts that add up to total amount due to the state, as part of the memorandum to the PM.
Banerjee reiterated to the PM that she had written two letters to him – dated June 9, 2022 and May 12, 2022 – earlier on the payment of dues from the Centre only on account of the MNREGA, PM Awas Yojana and PM Gramin Sadak Yojana schemes. According to the Bengal government, the pending amount for just these three schemes amount to Rs 17996.32 crore.
Banerjee also pointed out that the Bengal government is a “frontrunner” in the country in executing these schemes, but “very often funds for central schemes are released towards the end of the financial year, leading to difficulties in utilization of the funds and timely implementation of the schemes… hence it would be appropriate to avoid such situations.”

Kajol Birthday: 7 Saree Looks By the ‘Ishq’ Actress That Are Elegance Personified