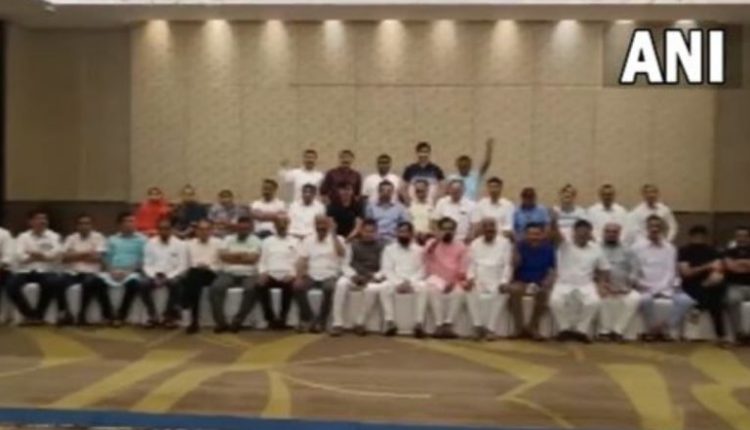 Maharashtra rebel MLAs saw raising slogans in support of Shiv Sena leader Eknath Shinde in Radisson Blu Hotel in Guwahati on Thursday, June 23. According to the media sources, 13 MLAs are still with Maharashtra CM Uddhav Thackeray and Shiv Sena. They are in constant touch with the CM.

A video shared by ANI on Twitter, seen 42 rebel MLAs from Maharashtra – 35 from Shiv Sena, and 7 Independent MLAs in Radisson Blu Hotel in Guwahati.