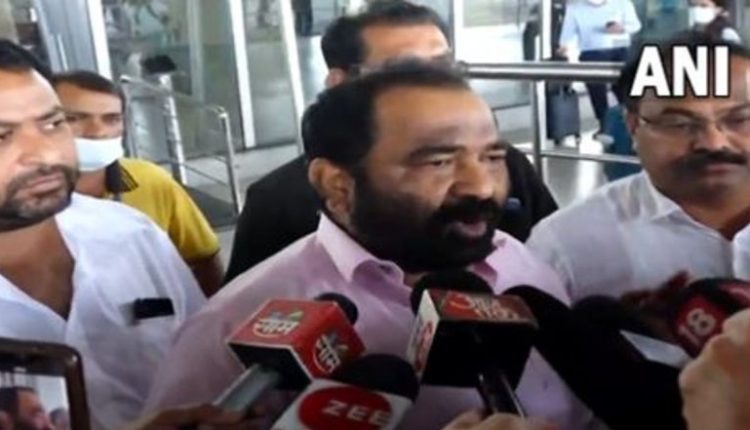 Nagpur, June 22: Shiv Sena MLA Nitin Deshmukh, who had accompanied party rebel Eknath Shinde to Surat, on Wednesday claimed that some people had forcibly admitted him to a hospital there and he was administered injections though he never suffered a heart attack.

Speaking to reporters at the Nagpur airport, the Akola MLA said he somehow managed to return safely to Maharashtra from Surat and pledged loyalty to Sena president Uddhav Thackeray. A day earlier, Deshmukh’s wife had filed a complaint with the Akola police stating that her husband had gone missing.

Deshmukh represents the Balapur assembly seat in the Akola district in the Vidarbha region.

“I am a Shivsainik of Uddhav Thackeray and Balasaheb Thackeray. I am in good health. On Tuesday, I was taken to a hospital in Surat by 20-25 people and police personnel. They said I had suffered a heart attack but I never suffered any heart attack. My blood pressure also didn’t shoot up. Their intention was wrong. I was given some injections forcibly,” he claimed. Maharashtra Political Crisis: 40 Rebel Shiv Sena, Independent MLAs Sign Letter of Support to Eknath Shinde, Likely To Seek Floor Test.

A day earlier, Shiv Sena MP Sanjay Raut had claimed that some MLAs accompanying Shinde to Surat were misled and “kidnapped” to Gujarat. He had said that Nitin Deshmukh was beaten up by the police and goondas under ‘Operation Kamal’ in Surat when he tried to escape and suffered a heart attack.

#WATCH | Shiv Sena MLA Nitin Deshmukh – who returned to Nagpur from Surat – says, “…100-150 Policemen took me to a hospital & pretended as I’ve suffered an attack. They wanted to operate on me, harm me under that pretext. By God’s grace, I’m alright. I am with Uddhav Thackeray” pic.twitter.com/r1uSOMK0IS

In her complaint filed with the Akola police, Deshmukh’s wife had said that her husband had become unreachable from Monday night. The Shiv Sena-led Maha Vikas Aghadi (MVA) government is battling a survival crisis following the rebellion of senior Sena minister Eknath Shinde and a sizeable number of MLAs belonging to the Uddhav Thackeray-led party. Shinde had said he has 46 MLAs supporting him.

“I have more numbers (of Shiv Sena MLAs) than needed (to form a separate group in the Assembly without inviting the anti-defection law provisions),” he told a Marathi TV channel. The Sena has 55 members in the 288-member State Assembly. Reacting to Deshmukh’s claims, Maharashtra Congress president Nana Patole said this indicates “democracy is being murdered”.

“From Nitin Deshmukh’s explanation, one can understand how democracy is being murdered by stooping low. ‘Satya Pareshan Ho Sakta Hai Parajit Nahi’. In this struggle, Congress is standing firmly with Shiv Sena and Mahavikas Aghadi!” he tweeted.