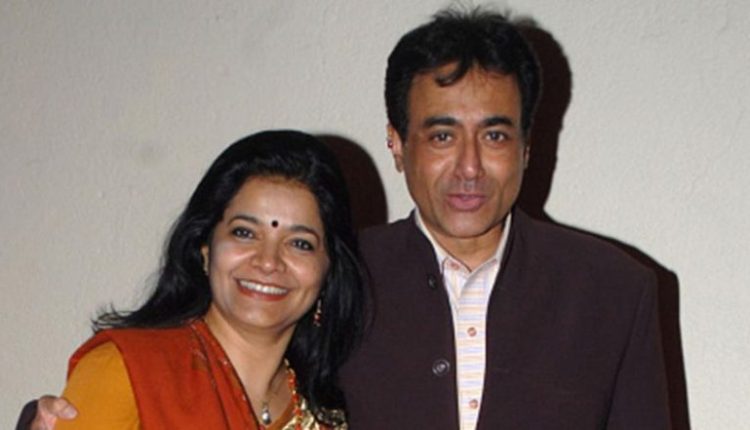 A few hours after south superstar Dhanush announced his separation from wife Aishwaryaa, the news of ‘Mahabharata’ actor Nitish Bhardwaj filing for divorce took social media ablaze with netizens calling divorce ‘a new trend’ in the entertainment industry. Dhanush announced on Monday night that he and his wife Aishwaryaa have decided to separate after 18 years of togetherness. Mahabharat Fame Nitish Bharadwaj Divorces Wife Smita Gate After 12 Years of Marriage.

“18 years of togetherness as friends, couple, as parents and well-wishers to each other. The journey has been of growth, understanding, adjusting, and adapting. Today we stand at a place where our paths separate. Aishwaryaa and I have decided to part ways as a couple and take time to understand us as individuals for the better,” he posted on Twitter. Meanwhile, as per viral social media reports, B.R. Chopra’s ‘Mahabharata’ actor Nitish Bharadwaj also revealed in a Tuesday interview to an outlet that he “filed for a divorce in the Family Court in Mumbai in September 2019,” with wife Smita after 12 years of marriage. Dhanush and Wife Aishwaryaa Rajinikanth Announce Separation After 18 Years of Togetherness, Fans Left in Shock.

The two announcements from two reputed stars made netizens express their views. “Wonder yesterday, deaths were being reported, today divorces i.e.earlier Dhanush, now Nitish Bhardwaj? Should have some conditions that if children, cannot divorce because lives will be affected & parents can divorce once children turn till 25 years of age. #NitishBharadwaj,” a social media user tweeted.

“Recently Dhanush Divorced Aishwarya Rajnikanth and Today I read about the Mahabharata’s Krishna Nitish Bhardwaj announcing his divorce…. Is Divorce the New Trend?” wrote another. An Instagram user commented “Divorce kaa season chal raha hai….amir khan, Samantha, dhanush, ab ye mahashay. Two divorce announcements in a single day.” A section of social media users also came out in support of the stars and urged everyone to respect their privacy.

A Twitter user also wrote, “Ordinary man and played the role of Shri Krishna in the serial. Everyone needs God so there is no need to raise this issue in the name of Shri Krishna to make news.” “That marriages are a part of life and are definitely not a prison. People can move out of it if things don’t work out,” wrote another. Dhanush married the elder daughter of megastar Rajinikanth– Aishwaryaa in 2004. The couple shares two sons named Yatra and Linga.

Speaking about Nitish Bharadwaj, the actor who played the role of Lord Krishna in B.R. Chopra’s ‘Mahabharata’ married Smita Gate, an IAS officer in 2009 and they have twin daughters. The actor was earlier married to Monisha Patil, daughter of Vimla Patil, then editor of Femina. The two who got separated in 2005 have two children, a son and daughter.