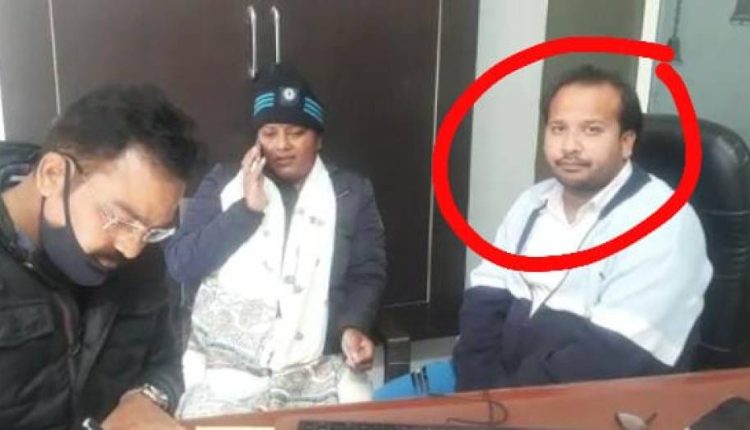 Shivpuri (Madhya Pradesh): Lokayukta police caught a patwari red handed for taking a bribe of Rs 35000 in Shivpuri on Tuesday.

The patwari Abhinav Chaturvedi, was demanding the bribe from the victim, Rajendra Jain for the transfer of his house post registry. Rajendra has lodged a complaint to the Lokayukta against the Patwari along with the recording of their conversation.

Acting on the complaint of Jain, the Lokayukta police led a trap to nab the accused patwari and instructed Jain to act accordingly.

Chaturvedi has a small office at his house on Fatehpur road in the district and he called Jain there to take the bribe. Jain reached the house of the patwari on time. As soon as Jain gave the money to Chaturvedi, the team of Lokayukta police reached the spot and caught the patwari red handed while accepting the bribe.

Lokayukta TI Kavinder Singh Chauhan says that the online registry was done on January 13 itself but on paper it was yet to be done. The patwari was arrested and a probe was on, Chauhan added.

(To receive our E-paper on whatsapp daily, please click here. We permit sharing of the paper’s PDF on WhatsApp and other social media platforms.)