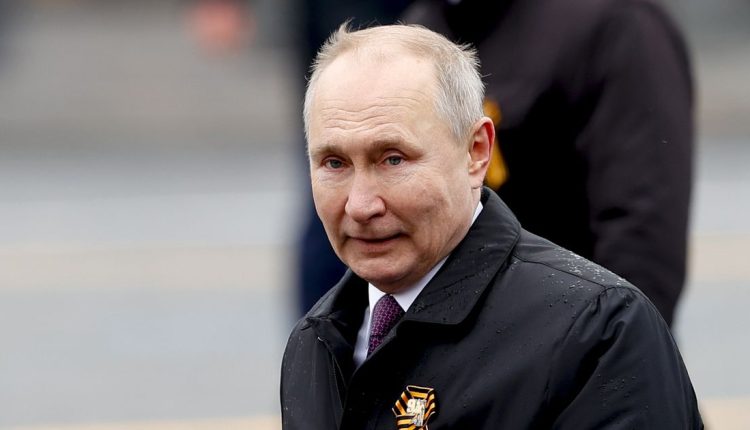 Ukraine’s head of military intelligence, Major General Kyrylo Budanov has said that a coup is already under way to oust Vladimir Putin and that Russia will be defeated by the end of the year

A coup to remove Putin from power is already under way, it is claimed (

Ukraine’s spy boss claims that a coup is now under way at the Kremlin to remove Vladimir Putin who is very ill with cancer.

Russia ’s invasion of Ukraine has seemingly gone far from plan for Putin with his forces having struggled to make serious inroads since it was launched on February 24.

Dogged resistance from Ukrainian fighters coupled with a lack of determination from his own forces has led to war of attrition.

The Russian president was unable to announce any great breakthrough at the Victory Day celebrations in Moscow where he also appeared frail and used a blanket to keep warm.

Rumours are now rife that Putin is seriously ill with some claims that he is suffering from cancer.

And Ukraine’s head of military intelligence, Major General Kyrylo Budanov has said that a coup is now under way in Russia to remove Putin.

He is also confident that Ukraine will have defeated the Russian invasion by the end of the year and the turning point will be in August.

General Budanov is convinced that the loss for Russia will lead to Putin being removed from power.

“It will eventually lead to the change of leadership of the Russian Federation. This process has already been launched and they are moving into that way,” he told Sky News.

Asked if a coup has already started he replied: “Yes. They are moving in this way and it is impossible to stop it.”

Russia has heavily shelled Ukraine but not broken its resistance
(

The General claimed that Putin has cancer saying he is in a “very bad psychological and physical condition and he is very sick”.

On the Russian invasion he claimed: “The breaking point will be in the second part of August.

“Most of the active combat will have finished by the end of the year. It will eventually lead to the change of leadership of the Russian Federation. This process has already been launched.

“As a result we will renew Ukrainian power in all our territories.”

It comes as Ukrainian forces destroyed parts of a Russian armoured column as it tried to cross a river in the Donbas region, video from Ukraine’s military showed on Friday.

Putin looked frail at the Victory Day celebrations in Moscow
(

Fighters have driven Russia from the second-largest Ukrainian city of Kharkiv in their fastest advance since Kremlin troops pulled away from Kyiv and the northeast over a month ago to focus their offensive on the Donbas region bordering Russia.

The city, which had been under fierce bombardment, has been quiet for at least two weeks and Ukraine now controls territory stretching to the Siverskyi Donets River, around 25 miles to the east.

However, Moscow is still bombarding villages north of Kharkiv.

Around six miles north of the city, firefighters doused smouldering wreckage in Dergachi after what local officials said was an overnight Russian missile attack on the House of Culture, used to distribute aid.

Volunteers inside were trying to salvage packages of baby nappies and formula.

“I can’t call it anything but a terrorist act,” the mayor Vyacheslav Zadorenko said. “They wanted to hit the base where we store provisions and create a humanitarian catastrophe.”