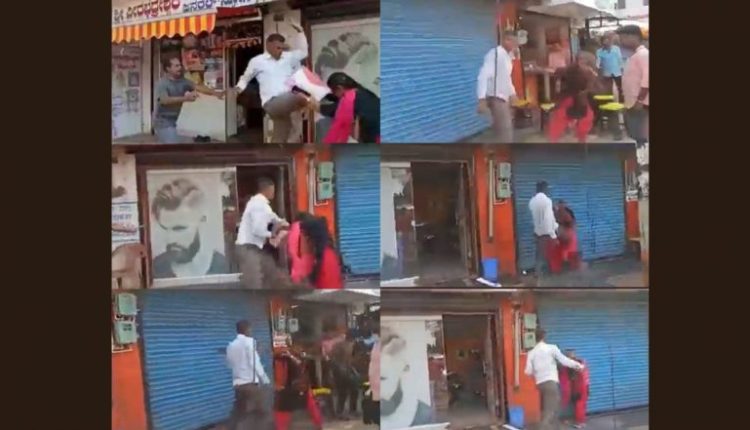 A man in Karnataka’s Bagalkot district allegedly attacked a woman lawyer on Monday. The accused, identified as Mahantesh Cholachagudda (40) was arrested on the same day by the Karnataka police. The video of the incident went viral on social media.

The #Karnataka Police have arrested an accused in connection with a brutal attack on a woman lawyer in Bagalkot district, the police said. pic.twitter.com/JGdy4KPgVN