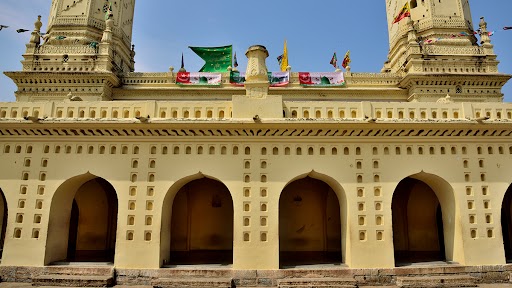 Mandya, May 16: Activists of right-wing organisation on Monday filed a memorandum with the Deputy Commissioner of Mandya to allow worship of Anjaneya idol at Jamia Masjid in the city.

The activists claimed the structure had been originally a temple that was converted into a mosque. They demanded permission to perform puja in the mosque. Gyanvapi Masjid Survey Over, ‘Shivling’ Found Inside Well, Says Lawyer; Watch Video.

They claimed that Tipu Sultan wrote about this in the letter to the king of Persia Khalif and demanded that the archaeological department must consider the documents and investigate the matter.

They also demanded permission for taking bath in the pond situated in the premises of the mosque.