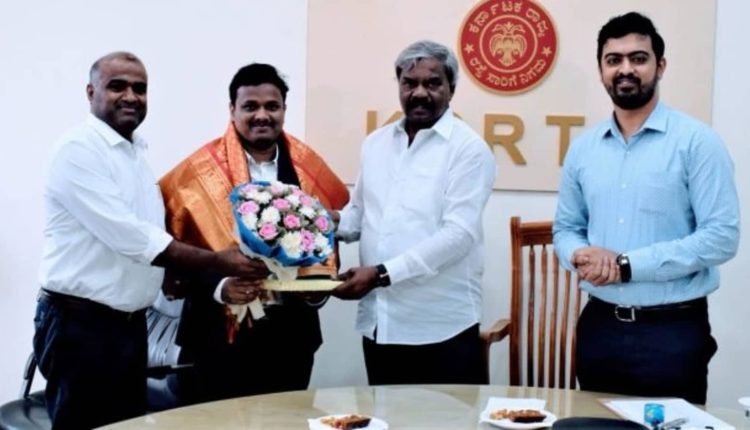 A KSRTC bus driver’s son cracked the UPSC civil services examinations and was honoured by the KSRTC; he will be an IPS officer in about two months.

The son of a KSRTC (Karnataka State Road Transport Corporation) bus driver recently become the talk of the town after he cleared the UPSC civil service examination with a rank of 569. Anurag Daru – a native of Bhalki who was brought up in north Karnataka’s Bidar – is set to join the Indian Police Service (IPS), news agency PTI reported.

Talking to PTI, Daru said he is an electrical and electronics engineer and he cleared the exam in his fifth attempt with history as his optional subject.

“My journey had both ups and downs. I have been trying since 2017 and I cleared the UPSC-2021 civil services exam in my fifth attempt. My parents supported me a lot,” Daru told PTI. He added that he has four siblings – three elder sisters and one younger brother. While his sisters are computer engineers, his brother is pursuing an MS in orthopaedics.

Daru told PTI his father is a hardworking man who focused on giving the best education to his children. Before cracking the UPSC exam, Daru was reportedly working at Tata Power for one and a half years. Daru’s training to become an IPS officer is said to begin in two months’ time.

With input from PTI