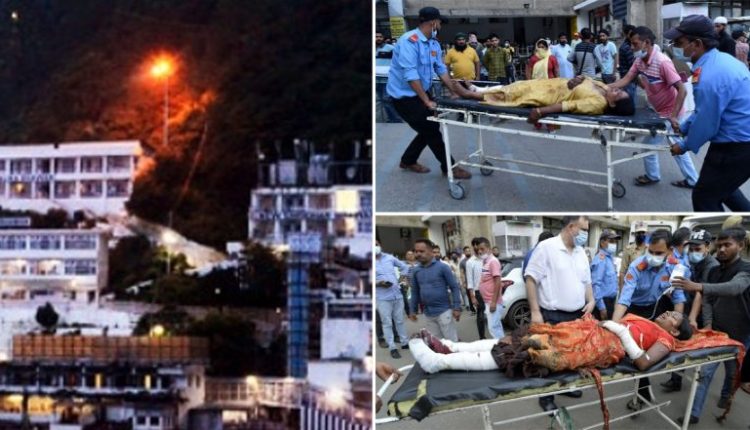 Jammu, May 15: After a lesser known terror group claimed the responsibility for the attack on a bus carrying Mata Vaishno Devi shrine pilgrims on May 13 in which four persons were killed and 20 injured, police and the NIA are investigating the incident to ascertain the veracity of the terrorists’ claim.

A bus carrying pilgrims of Mata Vaishno Devi shrine had caught fire in Katra area on Friday resulting in the death of four and burn injuries to 20 pilgrims. A lesser known terror outfit, Jammu and Kashmir freedom fighters (JKFF) later claimed responsibility for the attack saying that the bus had been targeted with an improvised explosive device (IED). Jammu and Kashmir: Cop Shot at by Terrorists in Pulwama Succumbs to Injuries.

It is not unusual for known terror groups like the LeT and the JeM to carry out attacks and then claim responsibility through outfits which do not exist on ground. A senior police officer told IANS when asked about the veracity of the terrorists’ claim. “We have collected forensic and other evidence. Every possible angle is being looked into. It would be premature to comment on the claim made by this lesser known terrorist group unless we get corroborative evidence.”

(The above story first appeared on Today News 24 on May 15, 2022 01:11 PM IST. For more news and updates on politics, world, sports, entertainment and lifestyle, log on to our website todaynews24.top).

Life was a struggle in Zimbabwe. Moving to Nunavut gave me a hope